A couple of videos from my recent Athens visit

I took my fiancee to Athens to meet my parents. We visited the Akropolis, the Akropolis Museum, the National Historical Museum and the Archaeological Museum. Two video clips we made might be of interest to the usual followers of my blog.

1. The changing of the guard at the monument of the Unknown Soldier at Syntagma Square.


2. The assembly hall of the Old Parliament Building (now the National Historical Museum)-with a reproduction of the old voting system in Greece.

Posted by Konstantinos Travlos at 12:51 AM No comments:

Some Too Fat Lardies action: Teaching IABSM and some Kiss me Hardy

Nacho came over this Sunday for some relaxation, discussion about military history (the Thirty Years War especially), eating cigkofte, drinking lots of cold beer,  and we also played two games.

First I introduced him to I Ain't Been Shot Mum, by the Too Fat Lardies. We had a 4 squad Italian Platoon, supported by a two squad command platoon (plus 1 Big Man), plus a squad of MMG guns, attack a entrenched Greek position defended by two squads of Greeks and one MMG. The Italians were able to storm the Greek position and Nacho got some of the basics of IABSM. 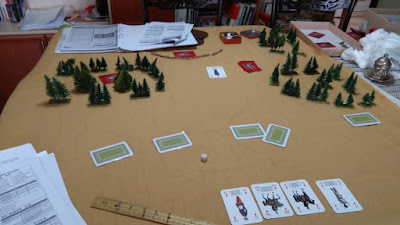 Read more »
Posted by Konstantinos Travlos at 11:36 AM No comments:

Email ThisBlogThis!Share to TwitterShare to FacebookShare to Pinterest
Labels: Age of Sail, WWII

Battletech/Mechwarrior Miniatures
I finished a small project I did for one of the friends in the Kararagh Club in Istanbul. The plastic miniatures that came with the Battletech Boxed set by Catalyst Games. I really just wanted to paint them, that is all. I do not care that much about the setting or the game.But they were fun to paint. 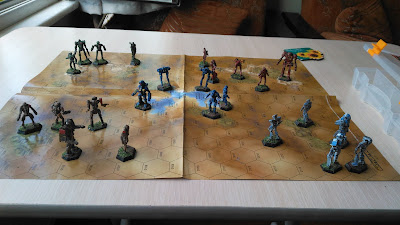 Read more »
Posted by Konstantinos Travlos at 1:00 AM 2 comments:

Email ThisBlogThis!Share to TwitterShare to FacebookShare to Pinterest
Labels: Scifi

On 8 October 1912, Montenegro opened the First Balkan War. Quickly after this the Bulgarian 1st, 2nd and 3rd Armies invaded Eastern Thrace with the goals of capturing Edirne/Adrianopole/Odrin , and cutting off any communications between Istanbul/Constantinople/Tsarigrad and the Ottoman Balkans (Rumelia). The end of this campaign, in conjunction to the Greek and Serbian campaigns in Ottoman Macedonia and Epirus, and in the Aegean Sea, would be the expulsion of the Ottoman Empire from most of the Balkans, the massacre, starvation, and expulsion of hundreds of thousand of Ottoman Muslims, the creation of the modern Albanian sate, and the incorporation/liberation of hundreds of thousands of Greeks, Bulgarians, Serbs, and Slavic Christians in Greece, Serbia, Bulgaria. It would also feed the demands of Austro-Hungarian Chief of the General Staff Conrad von Hotzendorf for a war with Serbia, that in time would contribute to the First World War. 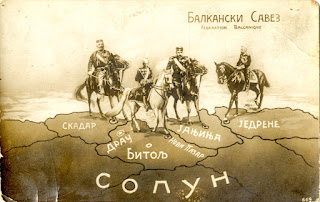 The Four Riders of the Apocalypse or The Four Liberators?

Let us start with a video I compiled of our expedition


And then go one to our collection of photos.
Read more »
Posted by Konstantinos Travlos at 3:17 AM 1 comment: