The centenary for the 2nd Battle of Skra (Battle of Yarebichna in Bulgarian,Μάχη Σκρά in Greek) during the First World War has arrived. This is always a good excuse to do something for war-gaming. Unfortunately I am in the midst of grading and writing ,so no game. Instead with the help of Robert Monk, we developed a Great War Spearhead II scenario covering the central part of the battle. 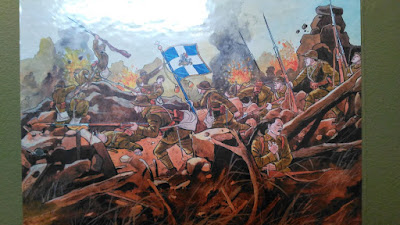 A nice painting about the battle from the First World War exhibit of the National Historical Museum at Athens. You can see more at this link from my blog.
Read more »
Posted by Konstantinos Travlos at 5:21 PM 1 comment:

We had the chance to re-visit the Naval Museum at Istanbul. This time I visited the Naval History Exhibit, that had been closed for the last three years. You can find pictures(click to enlarge) below. Enjoy! 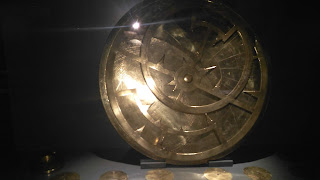 Read more »
Posted by Konstantinos Travlos at 3:54 AM 3 comments:

I had the chance to visit the museum-house of General Kazim Karabekir. This was an Ottoman and Turkish Republican officer, who came to prominence during the First World War. He was one of the most successful Ottoman officers in the Caucasus Front, and was the commander of Turkish Nationalist forces during the war between the Turkish National Assembly and the Social-Democratic Republic of Armenia (1919-1920). He was one of the big political players during the period called in Turkey as the Turkish War of Independence (which covers the Greek-Turkish War of 1919-1923, Franco-Turkish War of 1919-1921, and Armenian-Turkish War of 1919-1920). If Mustafa Kemal (Ataturk) had been defeated or overthrown, either Karabekir or Enver Pasha would had dominated the nationalist movement. Instead Mustafa Kemal won, and Karabekir was sidelined, venting his energy in the writing of a couple of important books.

Read more »
Posted by Konstantinos Travlos at 11:07 AM No comments:

I am still trying to get some paint in. The 1866 10mm project for Konningratz has stalled under the weight of its massiveness. It is moving (the Saxons and one Austrian Corps done) but slow. I am also stalled with my 18th century imaginations work. The only painting I got in was two more lances of mechs for the Battletech set I am painting for a friend. 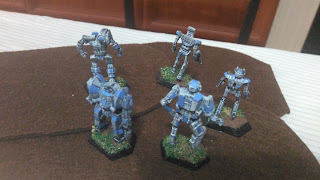 Read more »
Posted by Konstantinos Travlos at 10:11 AM No comments: