I also visited Fort McHnery, the battle over which in the War of 1812 led to the creation of the song "The Star Spangled Banner" that would one day become the national anthem of the US (I still prefer Hail Columbia):p This was a nice museum and the fort is well kept in its 19th century form. I loved the Rohdan guns! 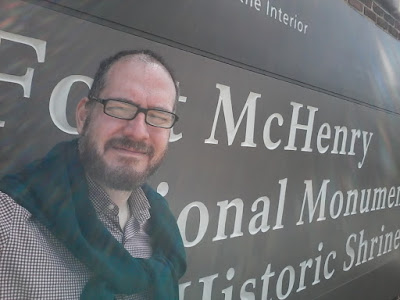 Read more »
Posted by Konstantinos Travlos at 12:27 PM No comments:

I also visited the lightship Chesapeake and the tiny Civil War Museum. The Civil War musuem was a bit too small, though it was well laid out considering the history of the country. It had a good bookshop but it was closed the day I visited :( 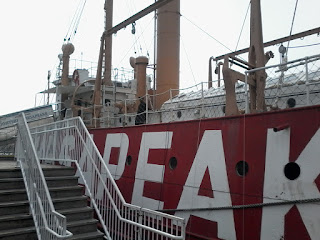 Read more »
Posted by Konstantinos Travlos at 12:12 PM No comments:

The USS Torsk was the second ship I visited during my attendance at the Baltimore ISA conference. 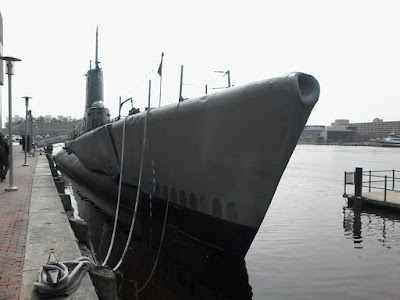 Read more »
Posted by Konstantinos Travlos at 12:05 PM No comments:

I attended the annual ISA (International Studies Association) at Baltimore and took advantage of the visit to explore the history of the place. I visited the USS Constellation, USS Torsk, the Light House Chesapeake, Fort McHenry and the tiny Civil War Museum. Here are the pictures and video I took of the USS Constellation. This is the first tall ship I ever had a chance to visit and it was pretty cool.


The above is the video of fire practice, as well as me showing off my friend Emir how the american percussion cap system worked.

Read more »
Posted by Konstantinos Travlos at 11:48 AM No comments:

One of the biggest issue when making the scenarios based on the 1st and 2nd Balkan War for Bloody Big Battles, was the lack of good detailed maps. Since all sides expected to fight again over the same terrain, most of the maps in Staff histories, and thus on the secondary works that build on them, are sketch maps. The solution was to consolidated textual information and sketch maps with the 1:200000 scale survey maps created by the Austro-Hungarian military in 1910.

This permitted me to plot the sketch maps on terrain maps, and thus create the scenario maps. It also permits as for the first time as the public to actually see the relation of movements with terrain.

As an example here is my work on consolidating 5 different sources for building the most detailed map I can for the Battle of Kresna Gorge. 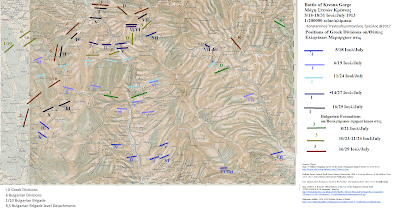 Click on the picture of a larger view.
Posted by Konstantinos Travlos at 3:11 AM No comments:

Email ThisBlogThis!Share to TwitterShare to FacebookShare to Pinterest
Labels: Maps

I decided to plot, approximately the area covered by me BBB Balkan Wars scenarios on the broader campaigns. This will show people how much of the campaign is actually covered, and where those battles took place and their relations to each other. They also should provide people with a filling of how different the campaigns were. 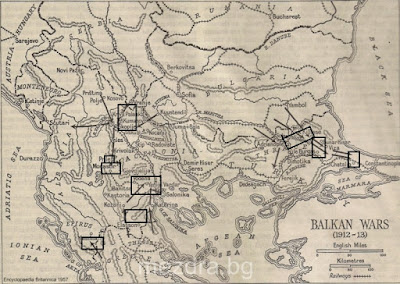 Read more »
Posted by Konstantinos Travlos at 11:17 AM No comments:

Last Century of the Ottomans: Battle of Aladja Dagh 1877


Yesterday we got a chance to continue our Bloody Big Battles Campaign, Last Century of the Ottomans. Onur, who had been caught up with the move of the Kararagh Club from their old cite to a new locale, finally had a chance to play. We also introduced a new player to the game, Murat. Emir and Doruk were supposed to come, but alas they were caught up in PhD work. 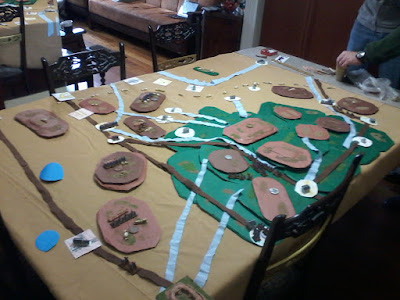 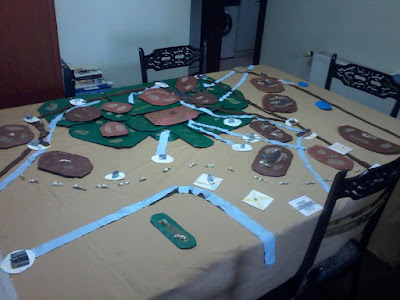 Read more »
Posted by Konstantinos Travlos at 2:20 AM 3 comments: