Beyond Bucurest the next stop of my romp through Romania and Bulgaria was Pleven were I visited the excellent Panorama, plus the city in general with its many monuments to the the Battle of Pleven. Here are pictures from the panorama, but also the city and Historical Museum in general. The Panorama was great, but the souvenir shop was closed. The National Historical Museum had an excellent collection on the war, but photos were prohibited and the souvenir shop was poor. Both were cheap. I could not find a place that sold good military history books in the city which was a shame. 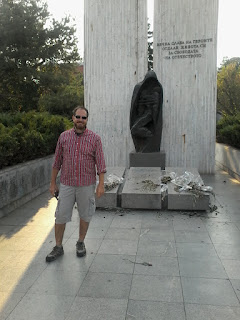 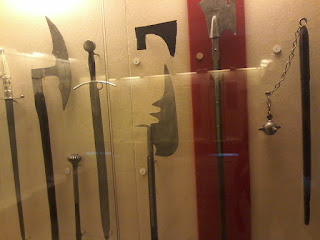 The Romanian National Military Museum and Bucharest fortifications Part I

Thanks to the invitation of a friend, I had the chance to visit Bucharest, Brasov, and Bran in Romania and Pleven in Bulgarian. In Buchurest I visited a number of museums that most relevant for us being the National Military Museum.

The Museum is located close to the Gard du Nord train station, in one of the less posh areas of the city. It is readily accessible from the Metro. Outside it does not look like much. But once you enter you see one of the largest artillery and tank parks I have seen in one place. Beyond that the museum has a Aviation hangar with airplanes, a great exhibition on Romanian military uniforms, and then a permanent exhibit that takes you from pre-history to 1989. Unfortunately for me the 19th century-1989 exhibits were being renovated and closed. But even with that this was a massive collection. I took 1040 pictures , worth the 50 lei for taking photos. The cost for the ticket itself is cheap, about 12 lei. There is no souvenir shop, but a book stand has some books in Romanian and some in Romanian/English. I did not find the book on the Romanian Army of 1877 that I have been looking for, but I did find a book on the Army of the 1854-1868 period, and a book on the fortifications of Buchurest. These are from an osprey style series produced by the Romanian National Military Musuem. They are rather good and were added to a well illustrated book in English about Vlad Tepes Dracul that I picked up in Bran (they also had one on Mircea the Elder, but only in Romanian, despite that fact that Mircea outperformed Vlad Tepes). Not a lot of loot, and not the book I was looking for, but better than nothing. 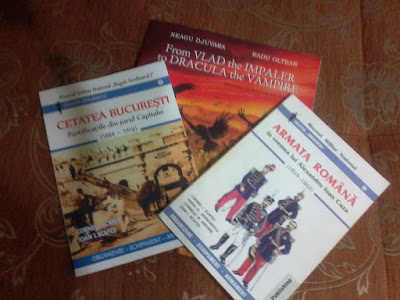 Talking about the Bucharest fortifications, as luck would have it within walking distance from the house I was hosted in, Battery 4-5 of the system was located. I went and visited it, and despite the scars left by the wild vegetation it was worth it. I hope the Romanian goverment restores some of them to their full glory.

So let us start with the fortification pictures. Then the 1040 photos I took at the National Military Museum. Because of the sheer size, I will have small version of the photos. Please click on them for enlargement. There will be two parts to this post. This is part I

Read more »
Posted by Konstantinos Travlos at 1:22 PM No comments:

Over my summer vacation I had the happy occasion to take two Turkish friends to visit the Armored Cruiser Averoff ship musuem at Faliron Athens. The ship is one of the great historical artifacts of Greece and a veteran of the First Balkan War (were it saw action in the Naval Battles of Lemnos and Elli), the First World War (where it did not see much action beyond some shelling), and the Second World War (where it saw action in evading German air and navy pursuit, and then convoy service in the Indian Ocean). Miraculously is escaped the breakers and is now a floating musuem in Greece. It is the largest pre-1914 ship in Europe, and one of the few pre-dreadnoughts left in the world (together with the Aurora, Mikasa-excluding ironcalds and steam ships from the ironcald era).

Serkan and Doruk loved it, and I once more enjoyed it. We made sure to ask for the special visit to the engine room. If you visit it make sure to ask politely the conscript sailors serving on it (the ship is still on the greek naval list and has a active flag). You can easily reach it form the center of athens by taking the Tram from Syntagma to Trocadero (its takes time but it is the most straight-forward).

Here is a ton of pictures taken by Serkan mainly, with some of mine. The ship is a very open museum, with tons of artefacts and a lot of the areas open to public (though not all)