Me and Doruk, another of the historical players in the club, played a game of Perfidious Albion. We based our forces on the capital ships in the Battle of the Yellow Sea, 1904 during the Russo-Japanese War. I commanded the Russians and Doruk the Japanese.

The forces were as follows (production company next to it) 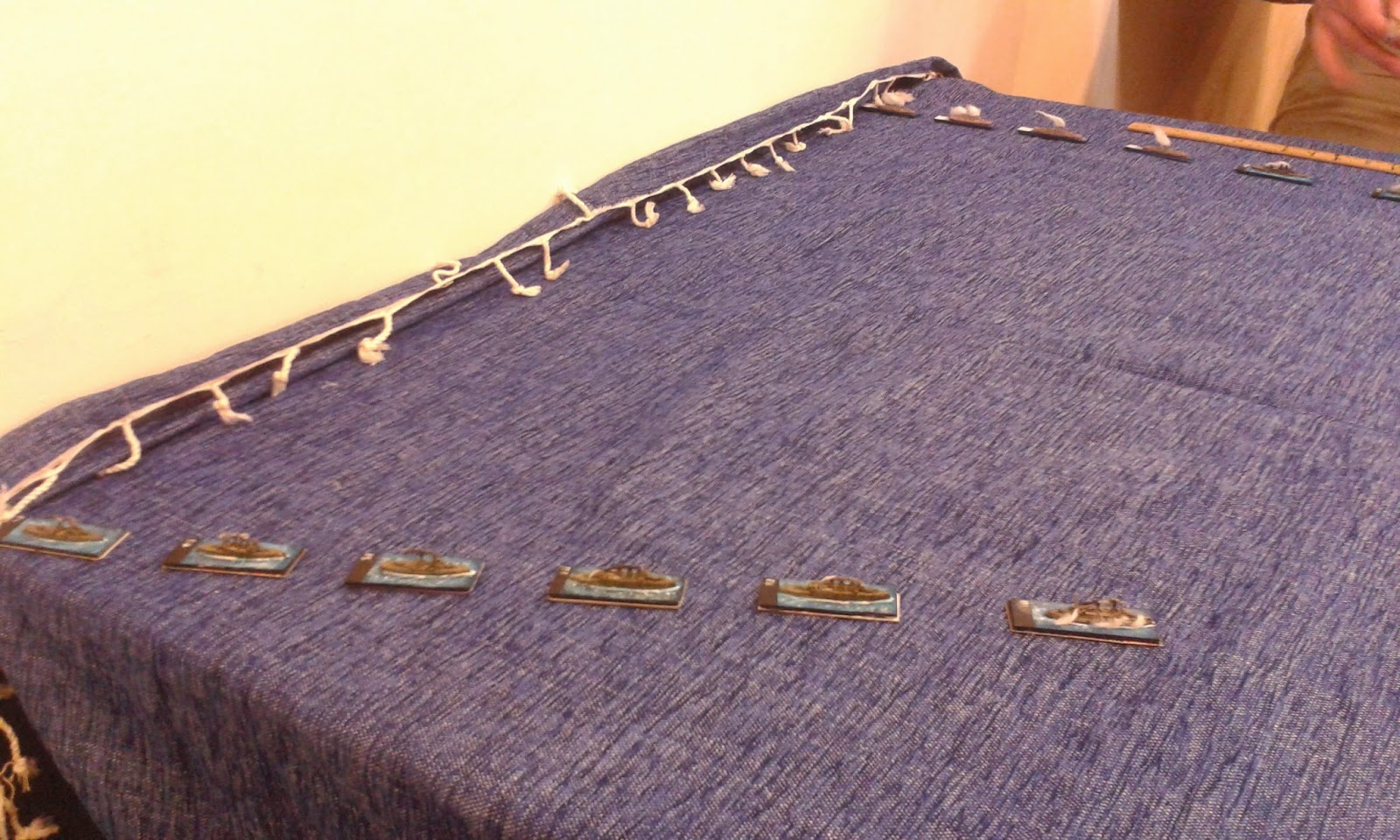 Read more »
Posted by Konstantinos Travlos at 6:26 AM 2 comments:

My friend Onur, being a parent, has little time to maintain a blog. So I have taken on the task of presenting his 10mm Pendraken Ottoman Army for the 1877-1878 war period.

In Black Powder terms this is division size formation of 8 average sized Redif and Nizam Battalions and 3 tiny elite Nizam battalions. These are supported by 3 cavalry units, and 4 gun units (one horse, three field). I say he did a smashing job with them! Good show! 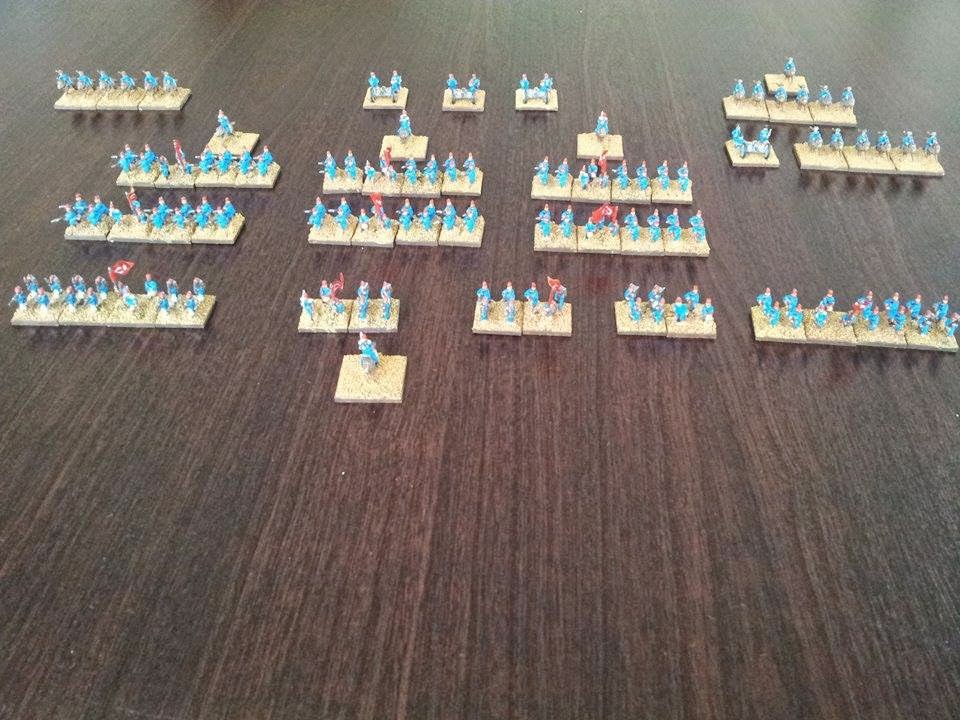 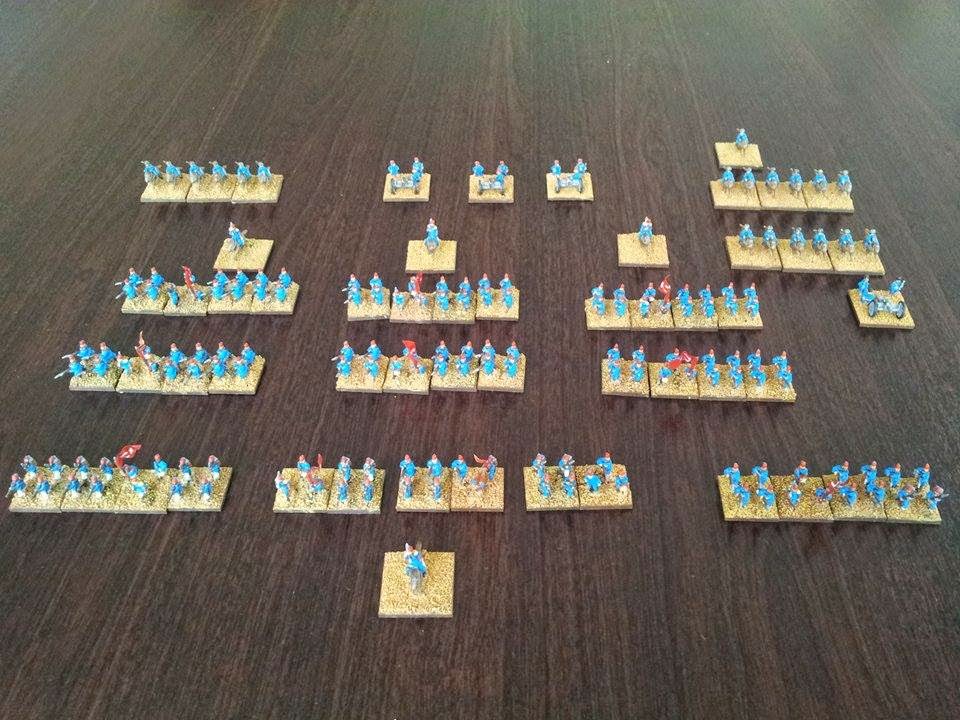 Posted by Konstantinos Travlos at 5:50 AM 2 comments:

Its seems coming closer to completing grand projects is becoming a theme.

I finally did the base flocking for my 1000 point Warhammer Empire Army. With this I have completed 5 armies. Only three are left, Dogs of War, Skaven and High Elves. The figures are almost all Perry 15th century sets, with three GW figures, and one Tradition cannon and crew.

The army is made up of a large unit of Knights (the Hammer) and a firing line of 1 unit of handgunners, 1 unit of archers, two guns, supported by a unit of halbrediers (the anvil). 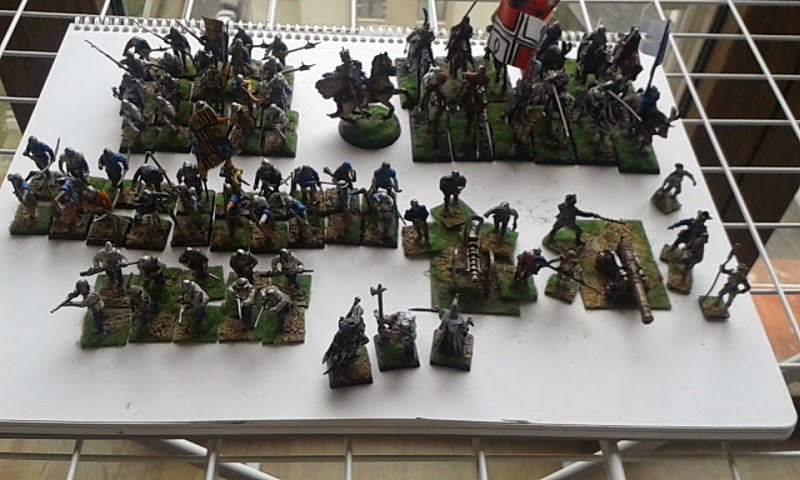 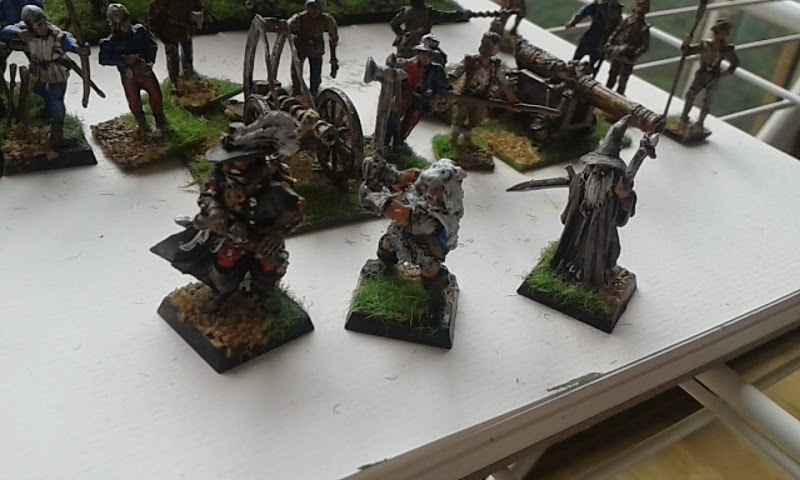 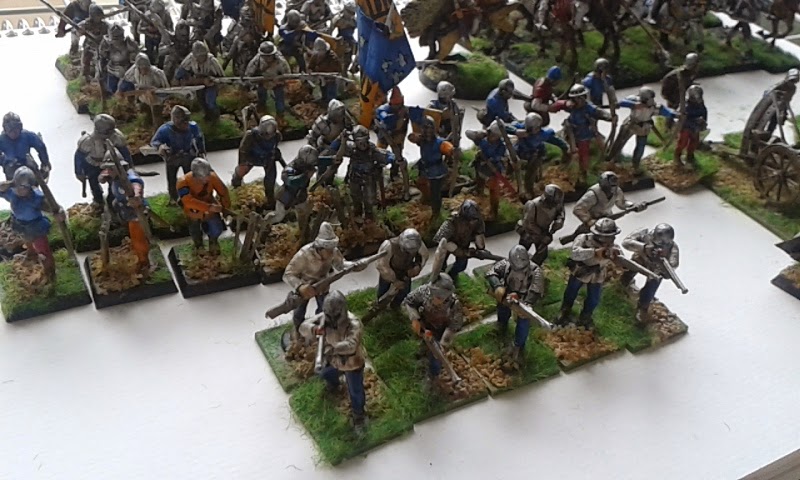 The firing line. Handguners and Archers. 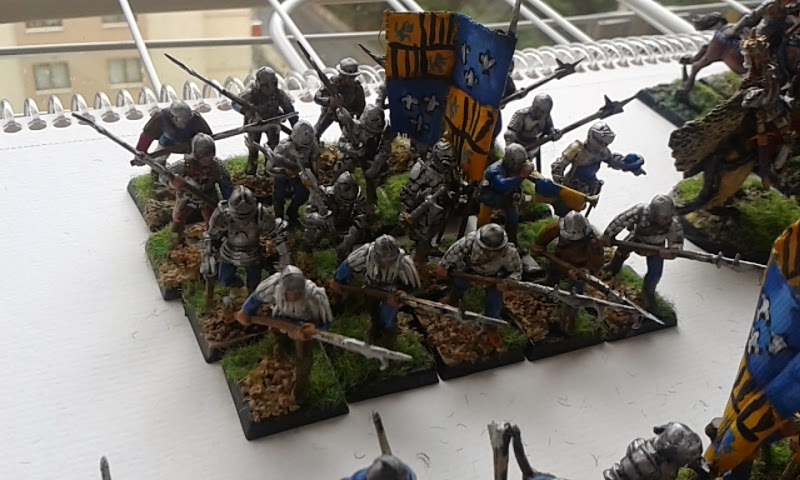 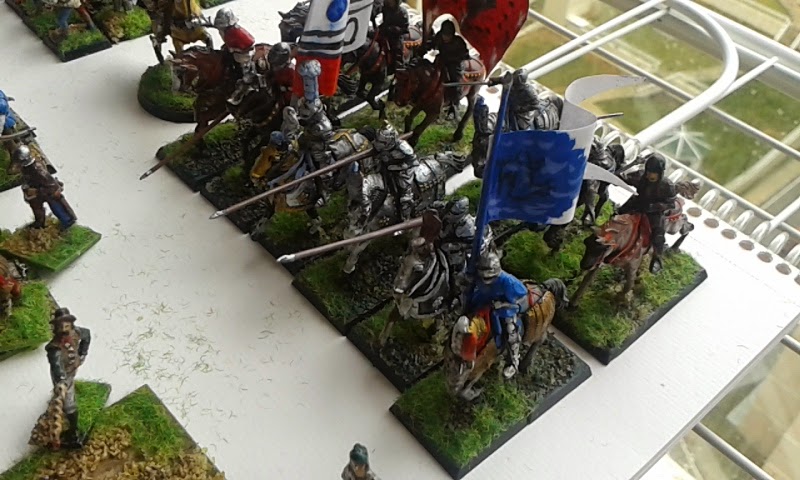 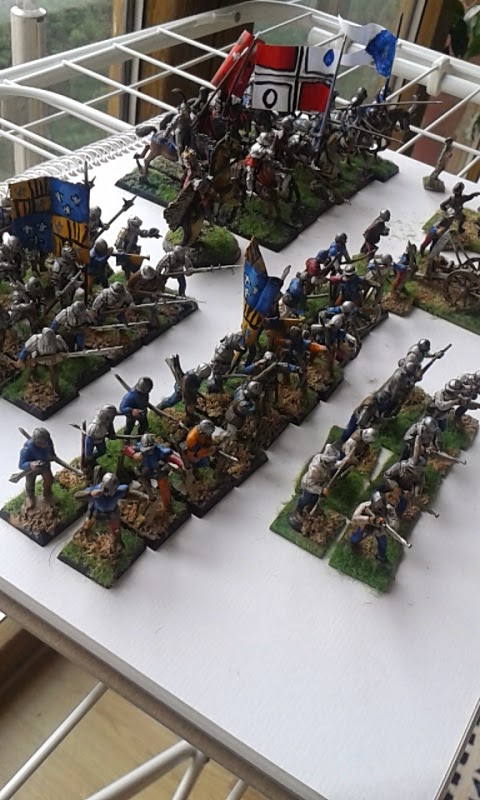 Posted by Konstantinos Travlos at 2:18 AM No comments:

Email ThisBlogThis!Share to TwitterShare to FacebookShare to Pinterest
Labels: Warhammer1000

And I am almost done with the Great DBA project. This Ancient Iberian army is the 7th in the collection and with it the 3rd matched pair is done  (Polybian Romans vs. Ancient Iberians) 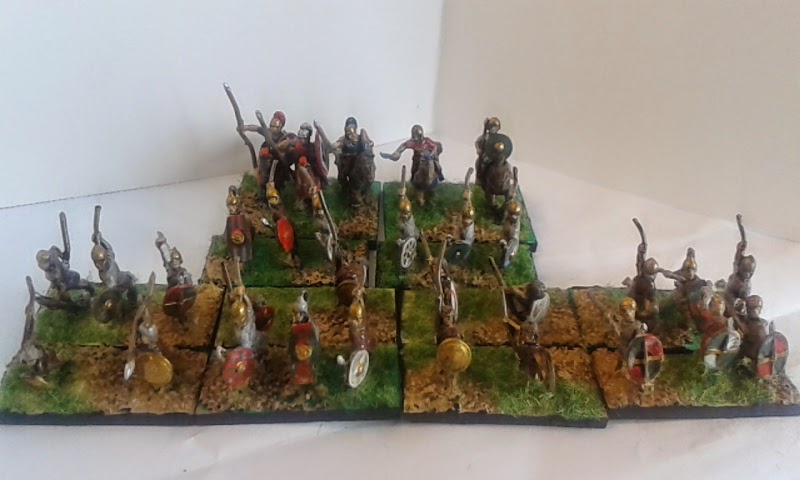 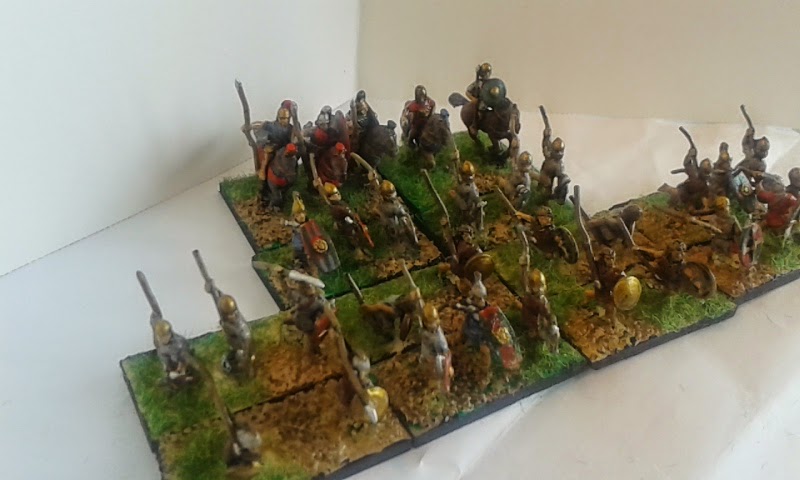 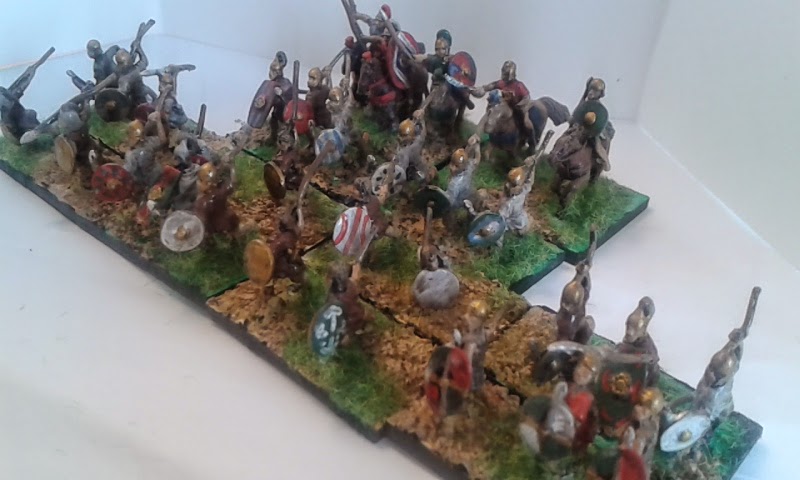 I am quite happy with the bases which are mix of kush-kush and static grass. To be frank the painting was not my top notch job (quite fast and dirty), But the bases help.

Only army left if a Feudal English to fight the Welsh.


Posted by Konstantinos Travlos at 5:02 AM No comments:

My DBA projects is the oldest continuously running project. The goal is to collect 8 armies of 4 matched pairs for DBA (2.2, probably will update to 3.0).

To date I have painted 4 armies (which you can check out by clicking on the DBA armies label). These were Later Ottomans vs. Venetian Condotta, and Nikiforean Byzantines vs. Dynastic Bedouin. I have also painted a Polybian Roman Army. To these are added armies I painted as gifts to friends (Roman Polybian and Iberian, and a Roxholani Sarmatian Army)

Well I am coming closer to finishing the project. In one of my sales I swapped stuff I had with a painted Welsh Army. It was based for 1.1 but it was not hard to adapt it to 2.2. The painting was not great, but neither bad. Workmanlike. I just redid the basing an painted the shields. So here it is my sixth DBA army. 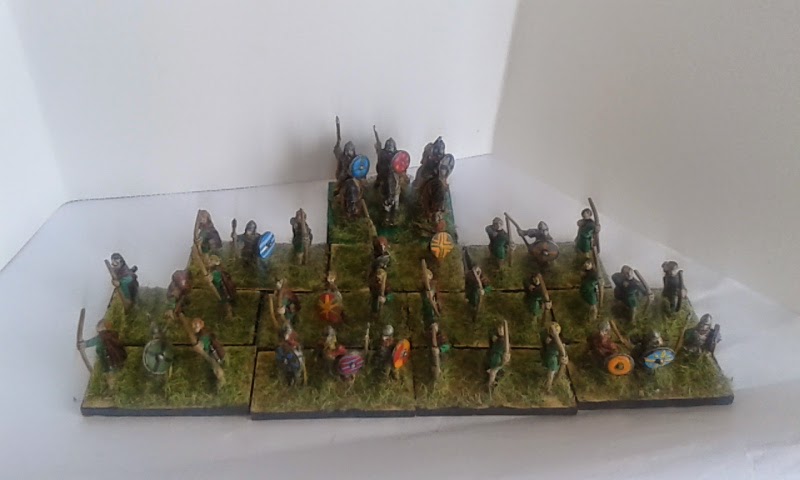 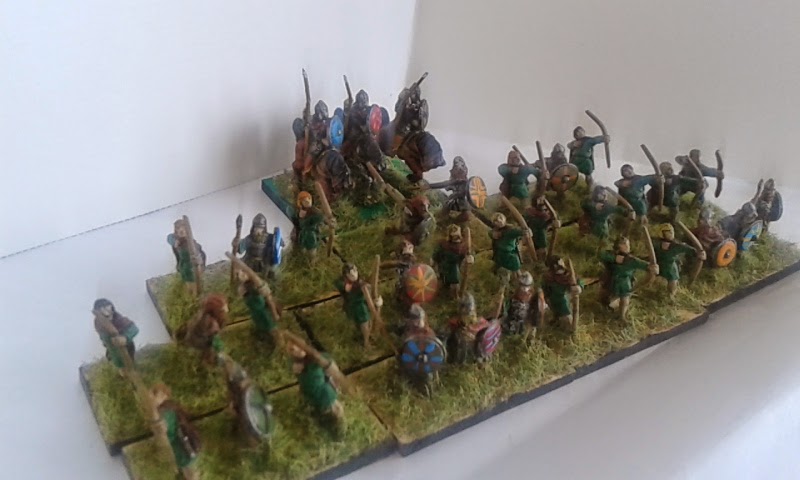 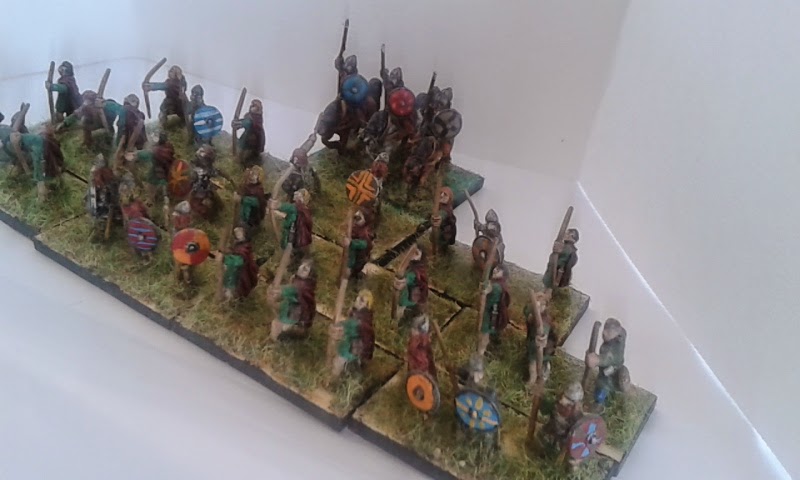 Like many tribal armies this is an army the needs to use the terrain well. The mainstay are warbands or fast spear, and long bows.

Posted by Konstantinos Travlos at 4:26 AM No comments:

Here are some bad pictures of my work in progress for running the Gaine's Mill scenario for Altar of Freedom. The 5th New York , the 16th New York, and the 95th Pennsylvania. Flags are by me and can be found on this blog (look at the left upper side). I apologize for the bad pictures, and fairly non-nondescript painting. 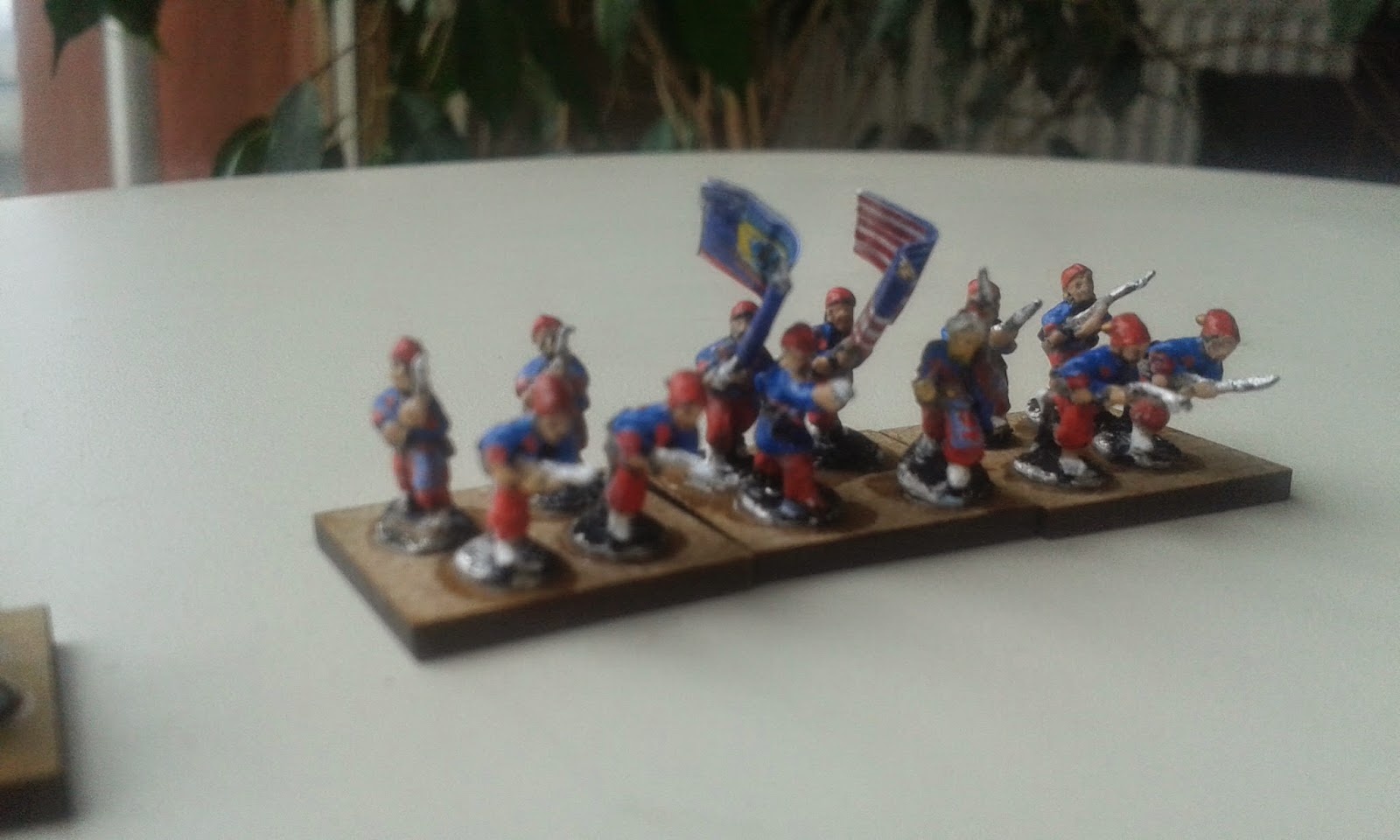 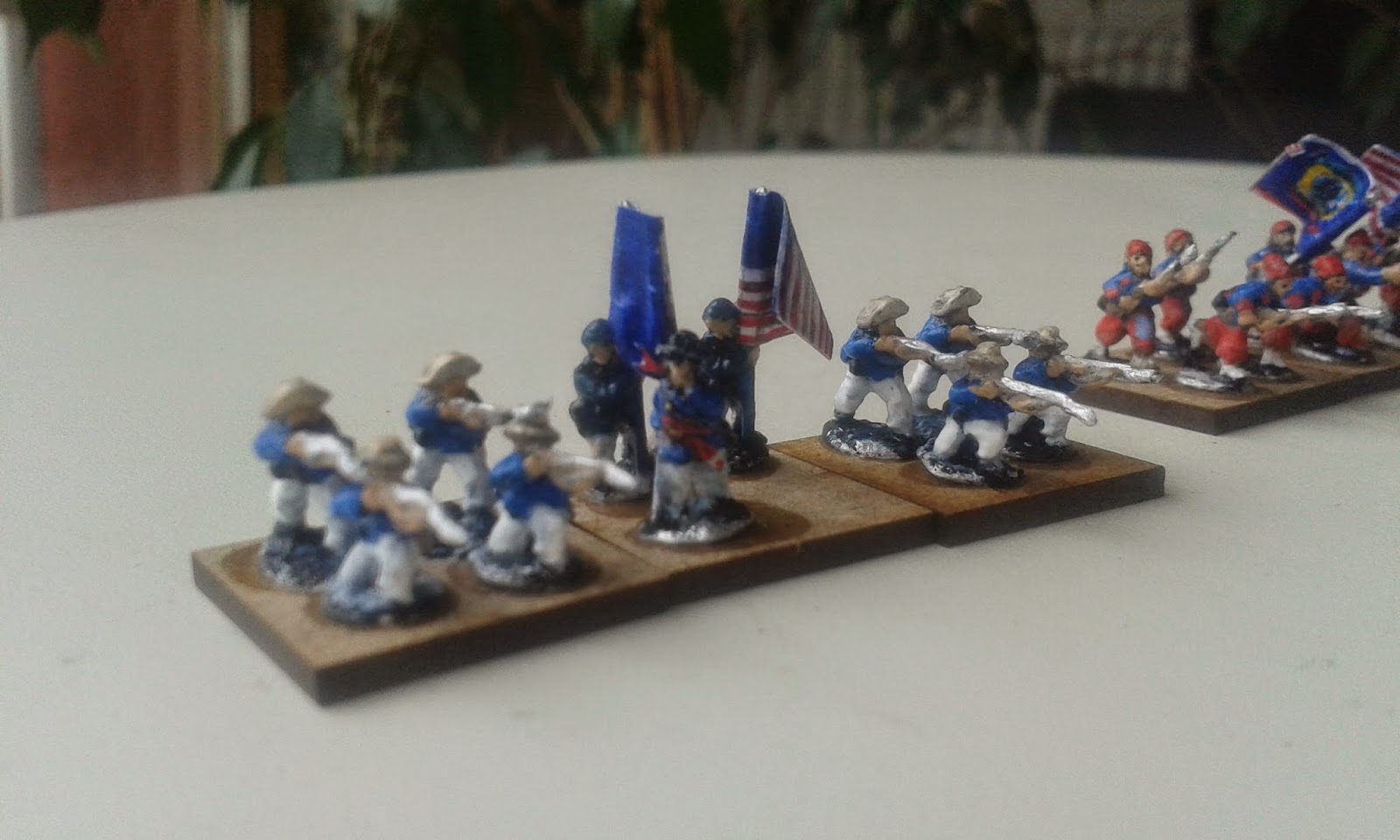 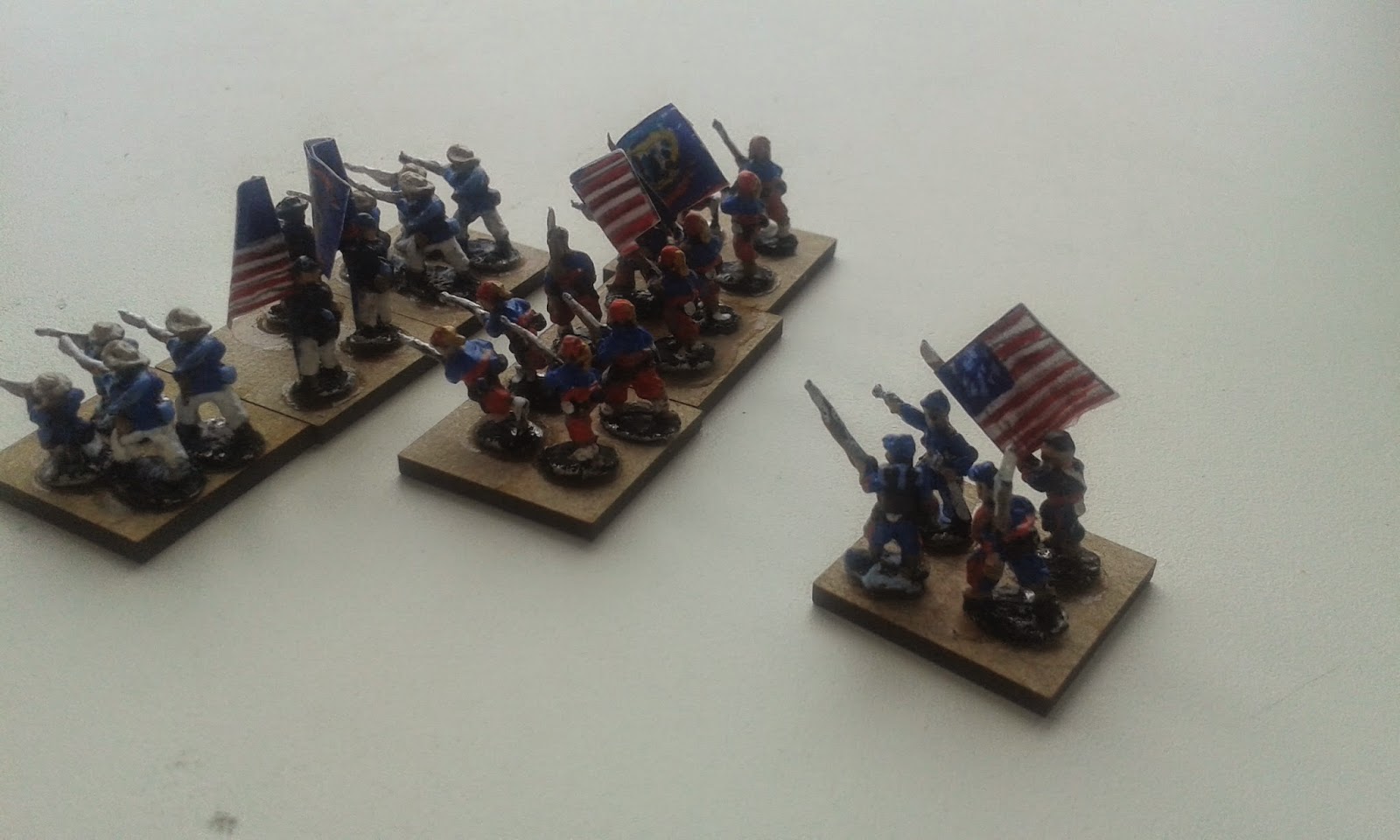 Posted by Konstantinos Travlos at 5:08 AM No comments: