Hi all, a small update of half my Swiss Napoleonic battalion. I also finished my 4 points Anglo-Saxon warband. Pictures to follow. 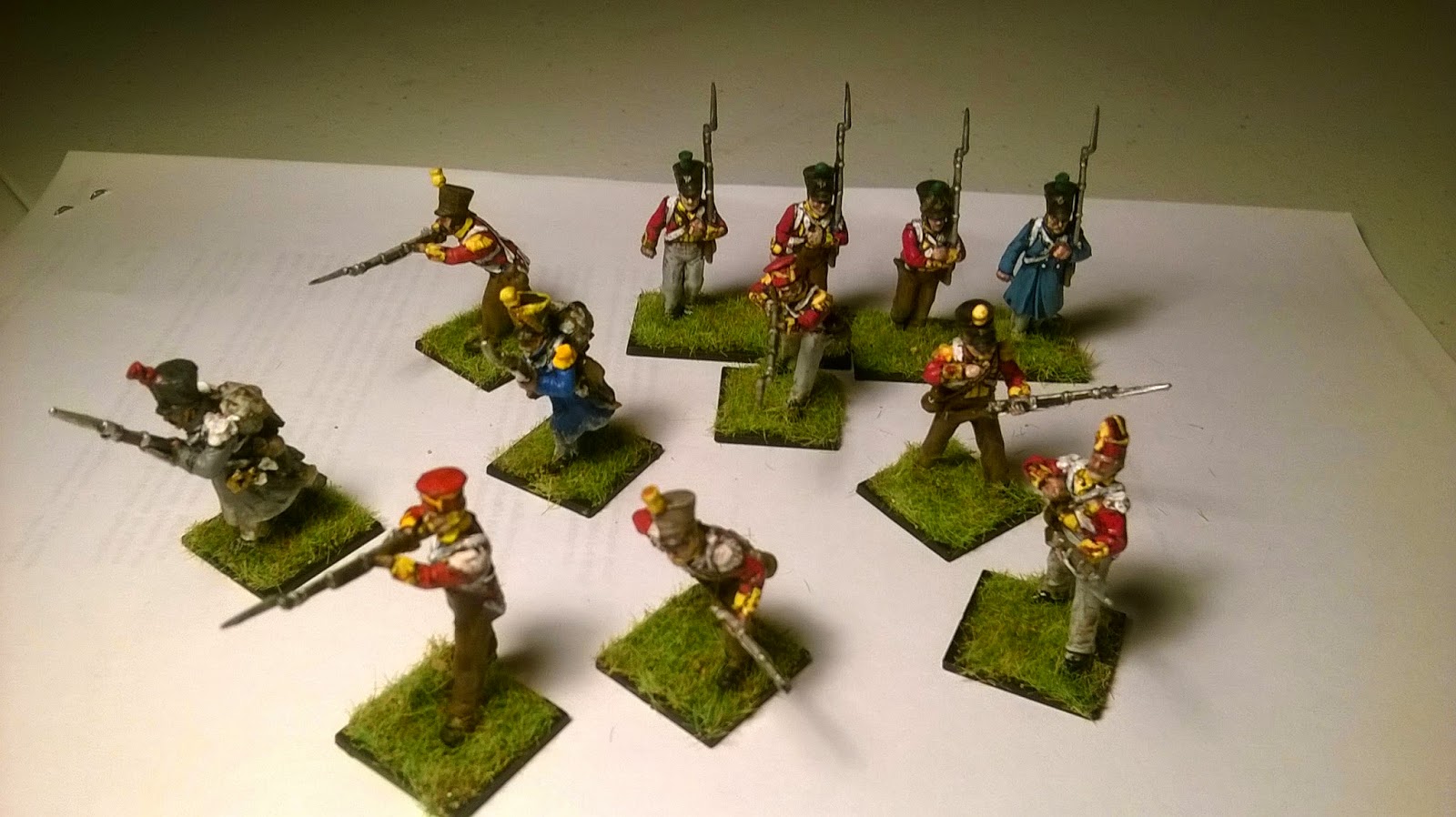 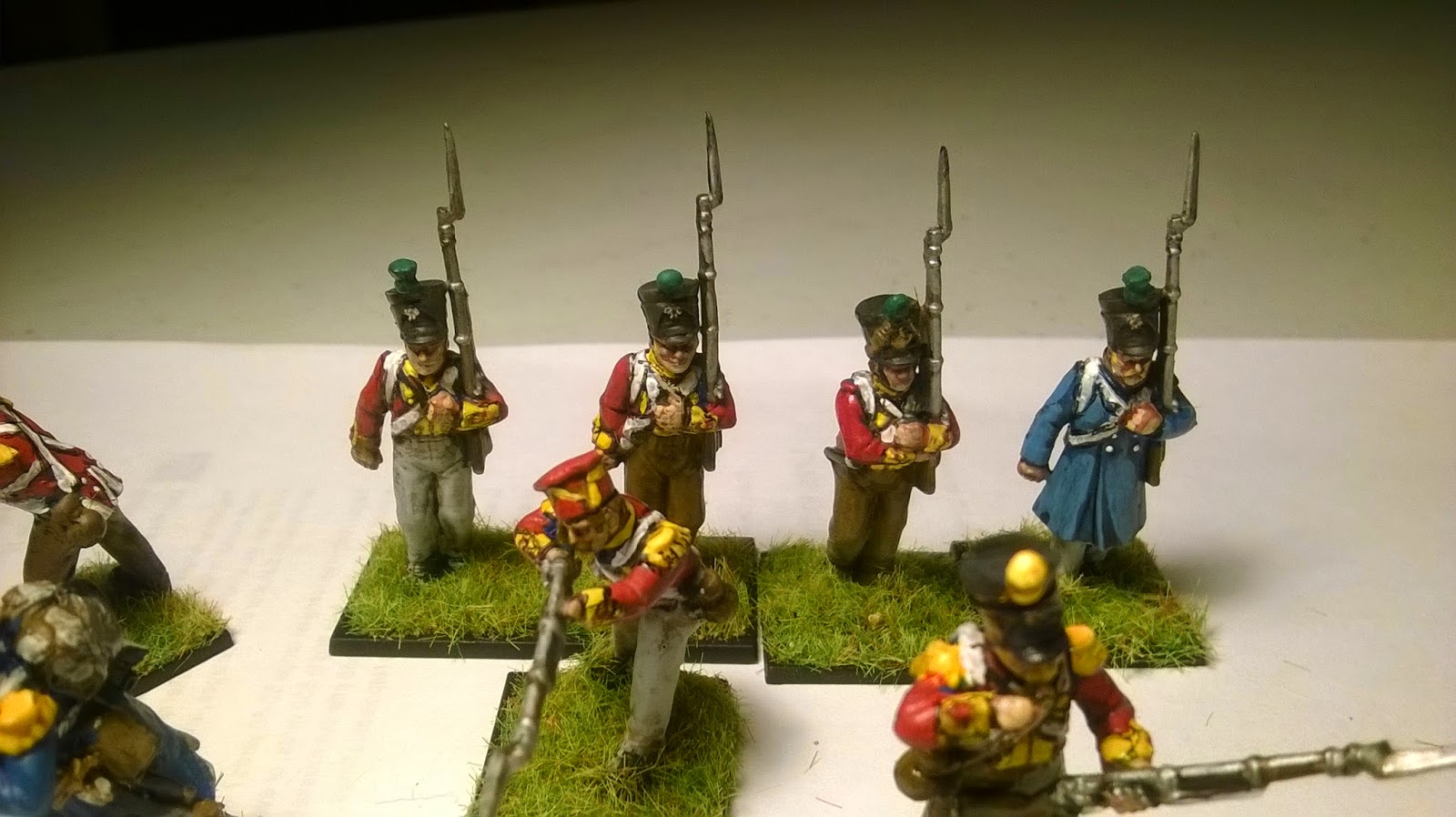 Painting wise I finished my second battalion of Napoleonic French Infantry. So now I have a nice small force. One thing that hit me is that absent a game store, I will not have the space for a large formation. I have decided to thus paint only one more battalion for my French. I must say I fear the some of the people who chide players on the TMP for playing with small 28mm armies, must really be oblivious of the space issues. If in line my two battalions would easily take up 2/3rds of the space of my 48 by 46 tables, and I am not sure they would not be huge even for my local games stores tables. This has validated to me the decision to only do 28mm at most at the Brigade level, since that gives a good feel for me and could be played on my smaller portable tables. 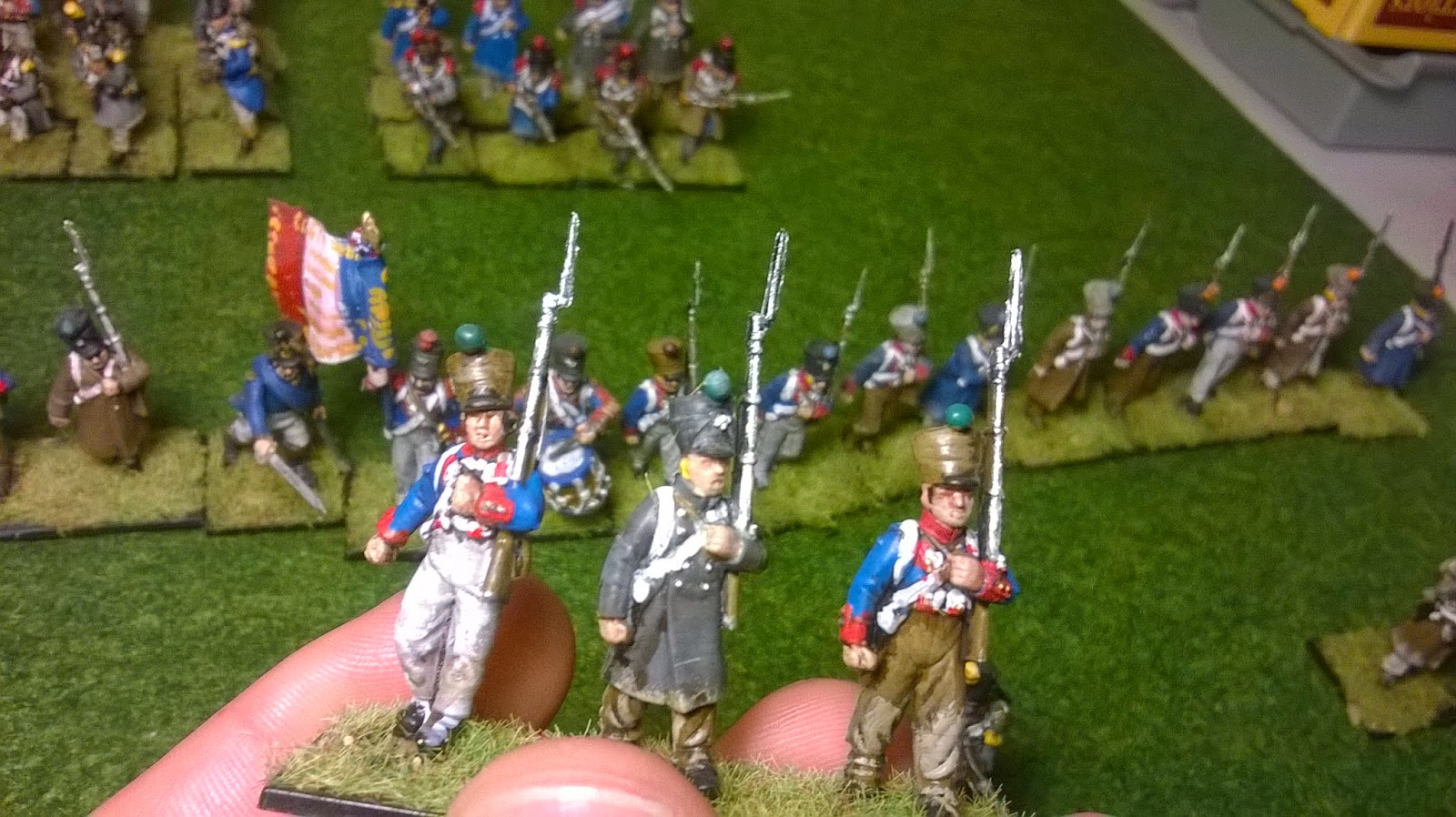 A close up of a fusiler company (missing one figure) 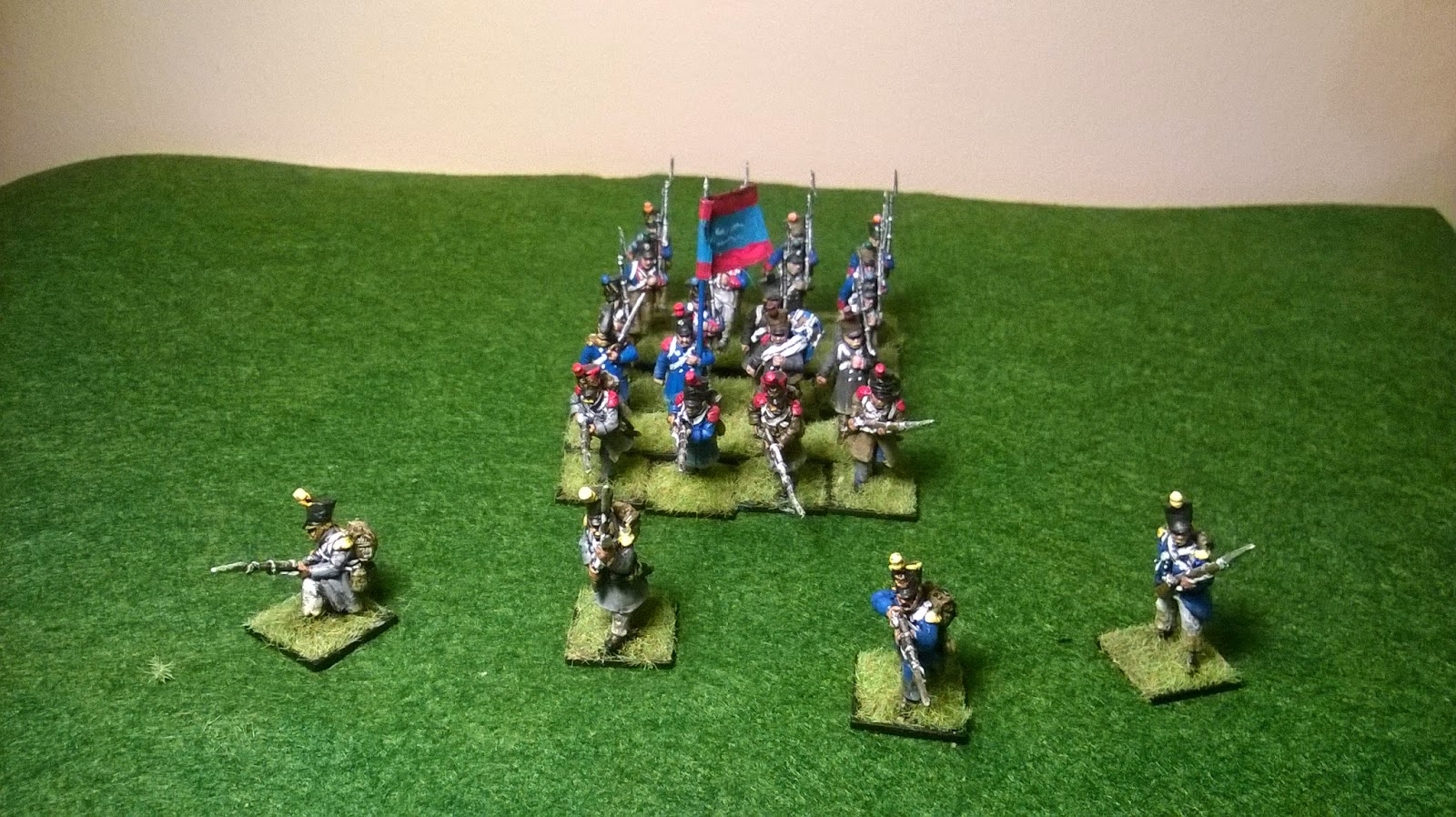 The battalion in company column with skirmishers deployed 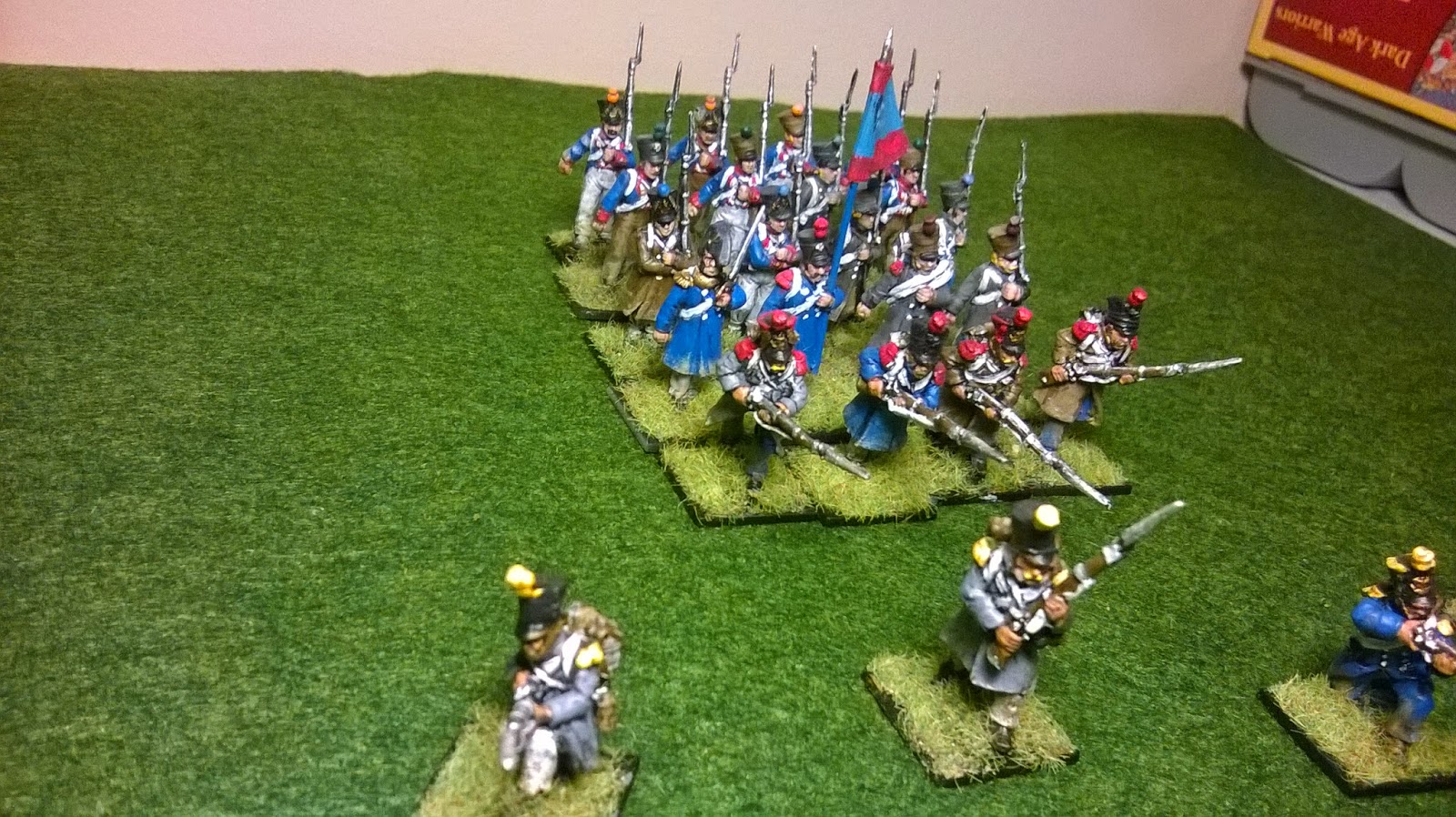 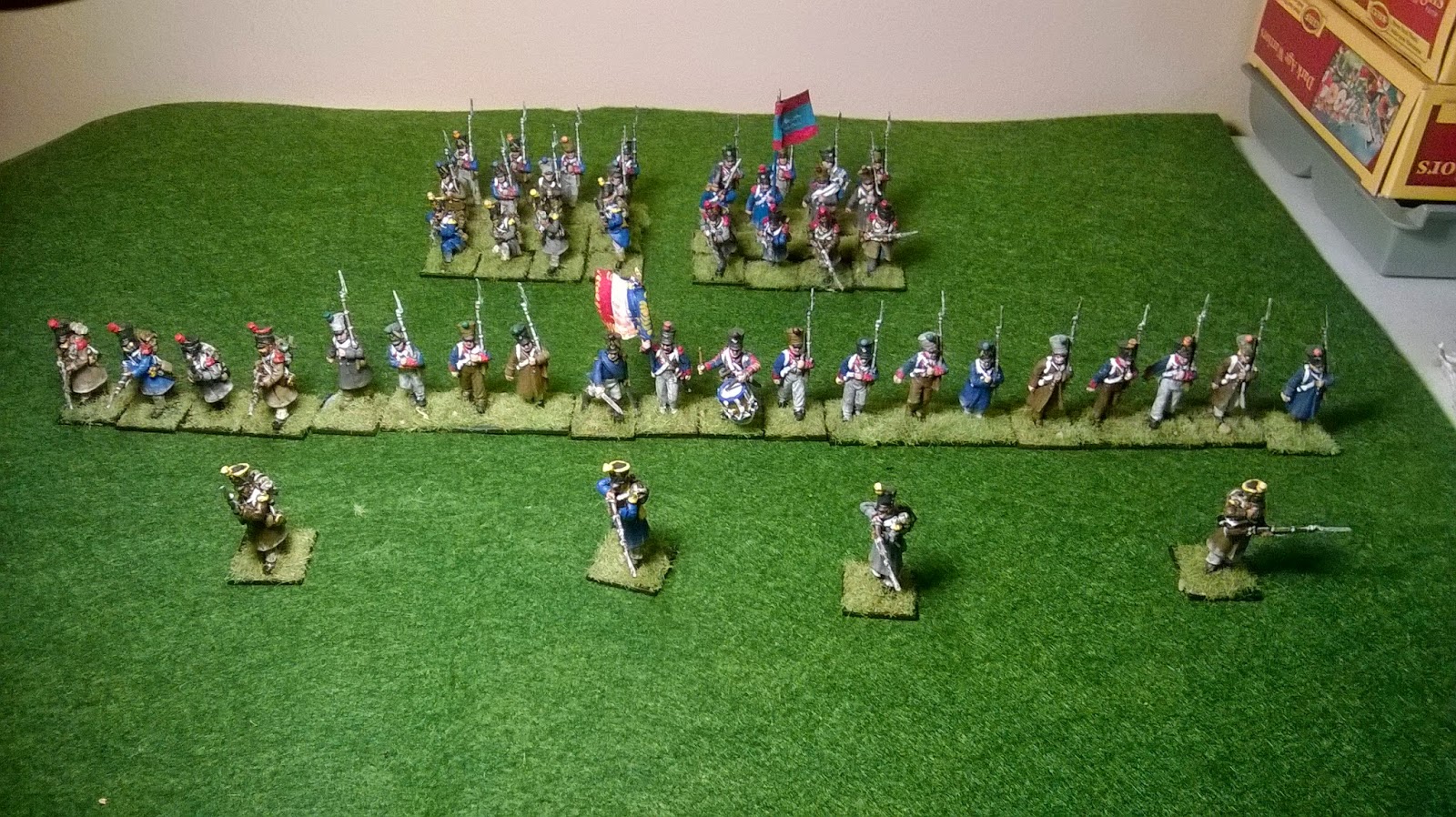 The two battalions. The 1st deployed in line with skirmishers forward, the 2nd in column of attack 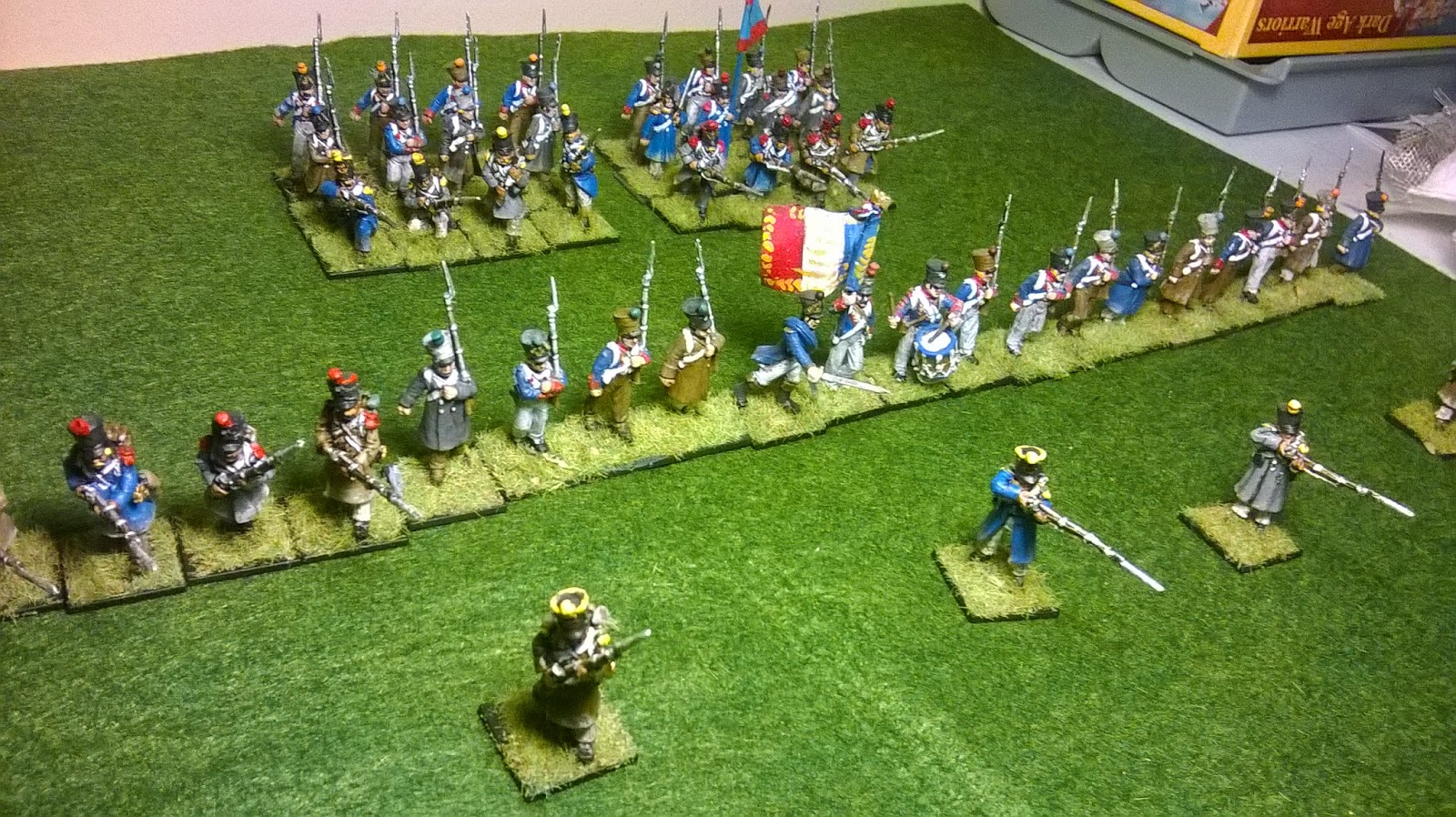 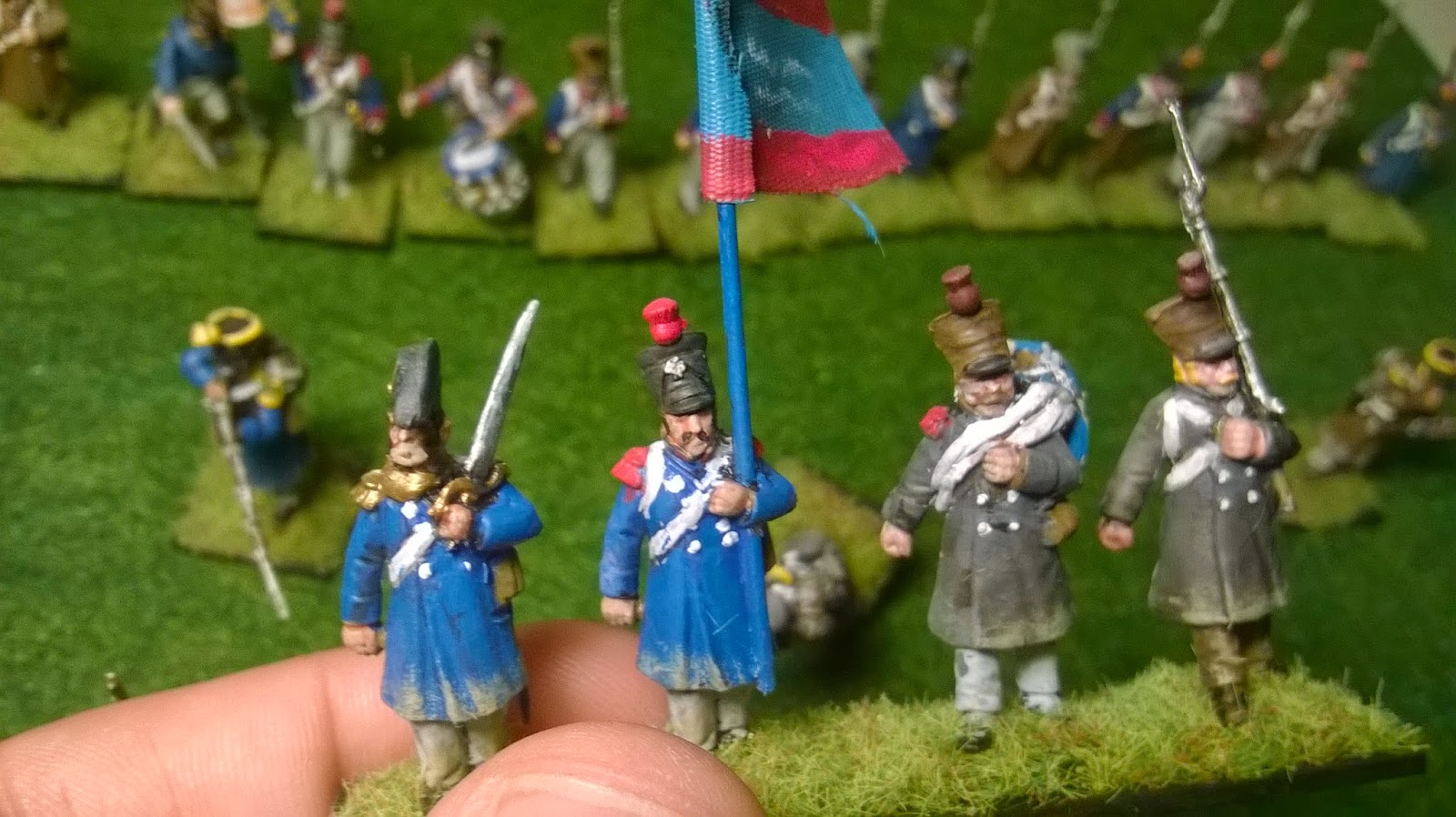 A close up of the converted command stand

My my that was a demanding month. I did two presentations at ISA which ate up all my time in March and April, so not a lot of game time (relative to the recent past for me)That said I did get a chance to play some SAGA. Once more I was crushed by Keith's Irish warband, once more at the very last minute losing victory. I swear they got the luck of the Irish!

We played a raid scenario in which the Irish force needs to raid a hamlet while the defenders (my anglo-saxons played as anglo-danes here) need ot defend it, but arriving sequentially. We played of course at Galactic Comics and Games, our friendly local games store. 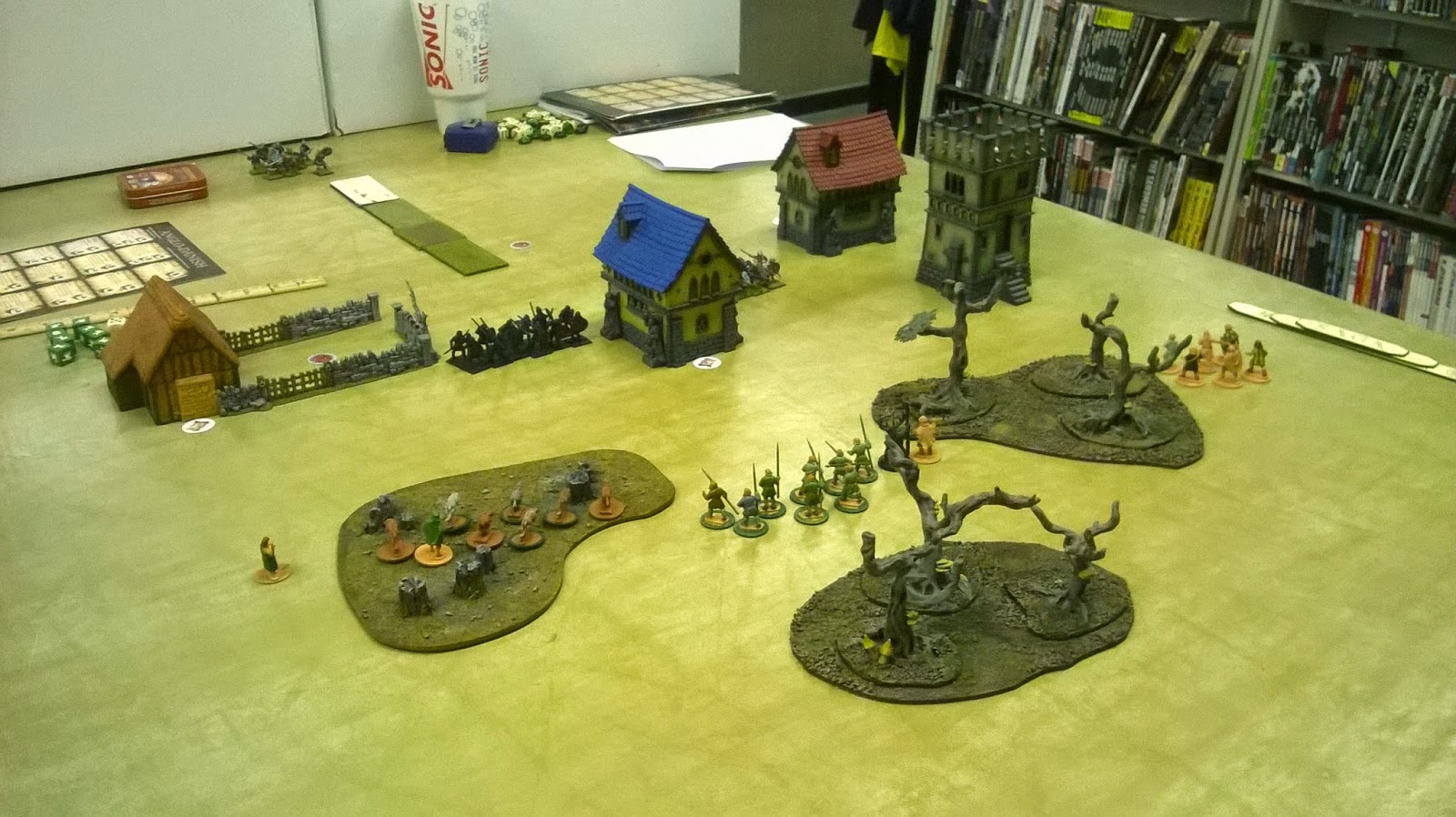 The armies arrayed, the Irish in the foreground. 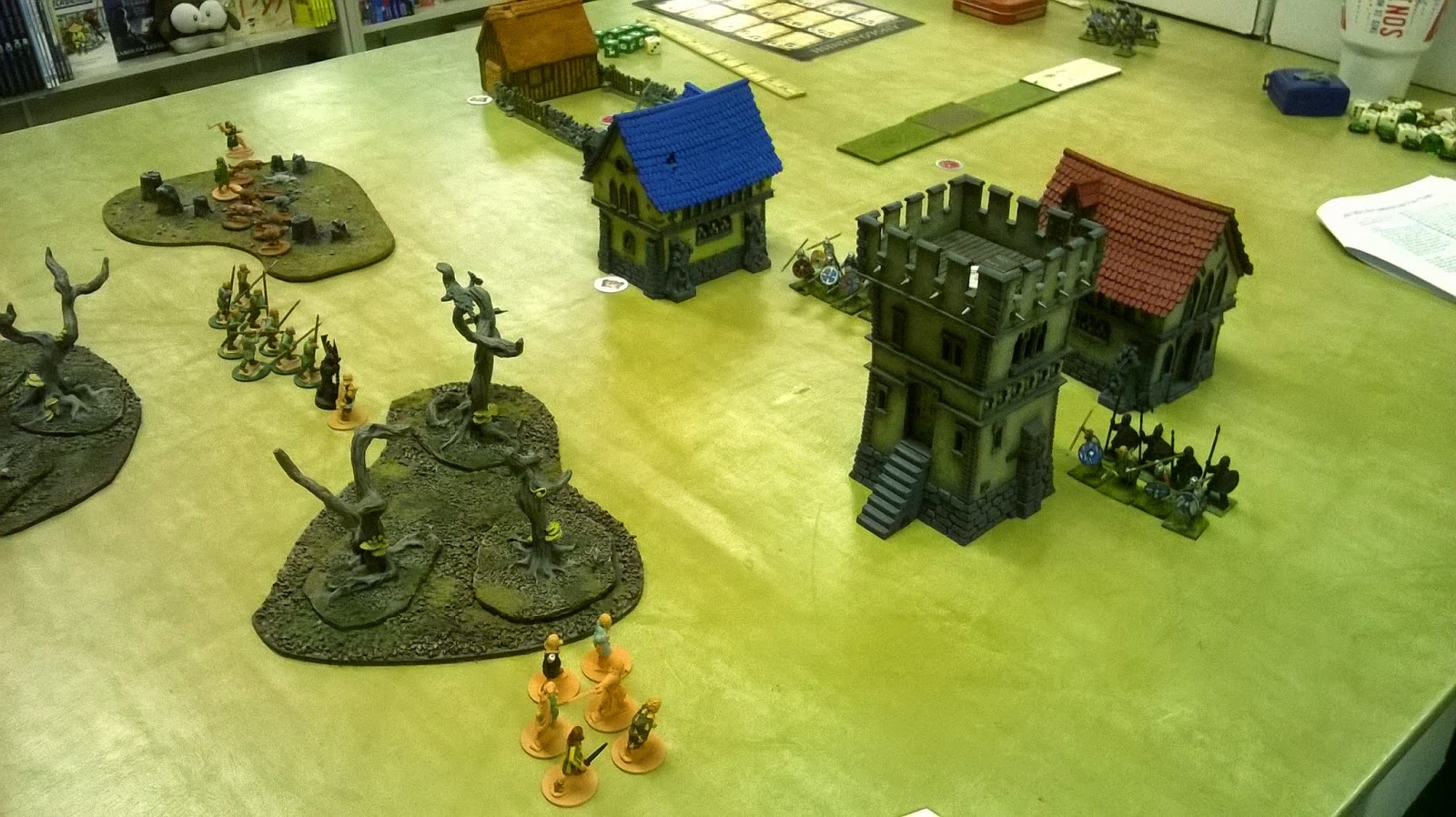 The forces from the other side. 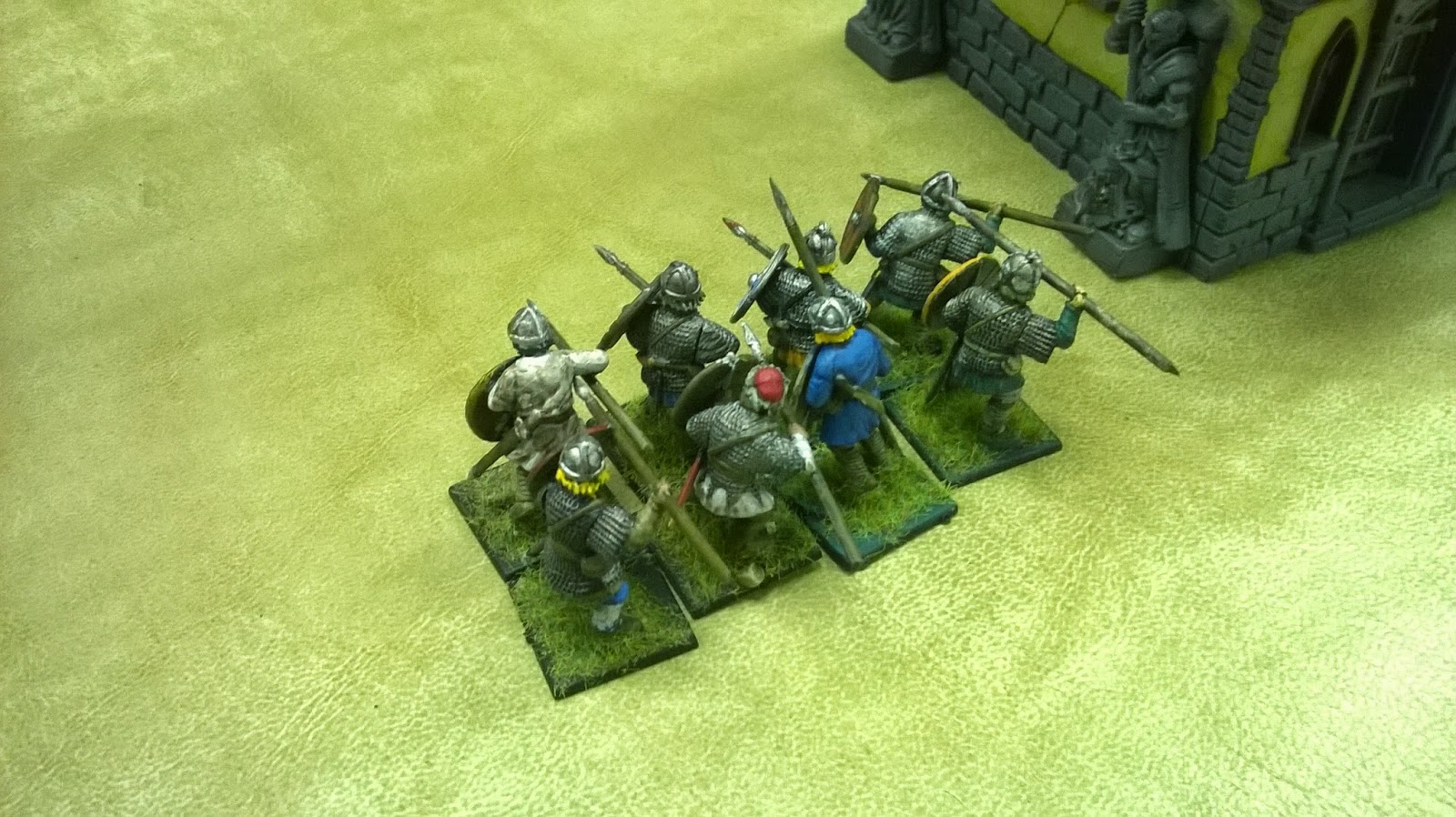 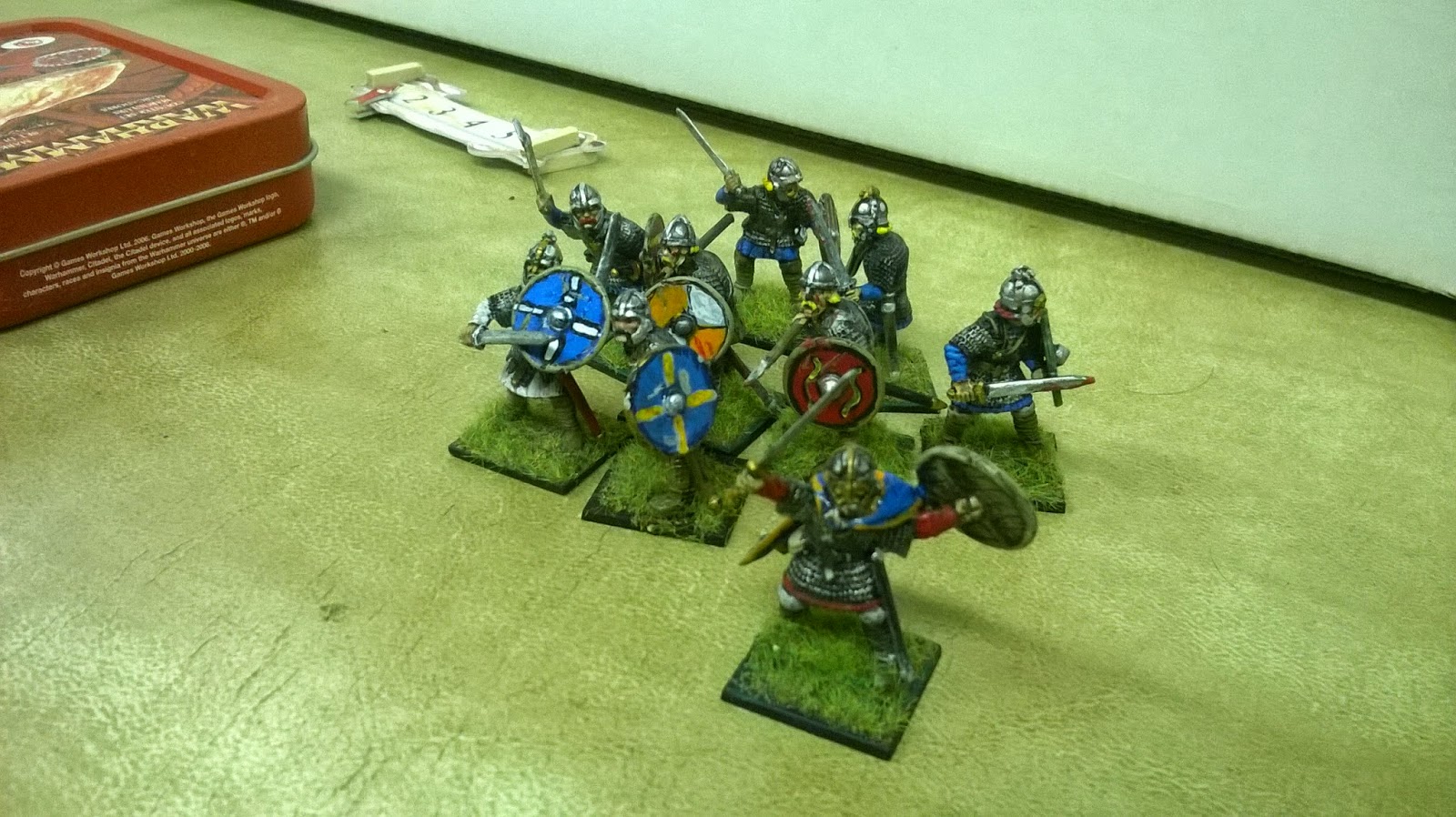 My warlord and more warriors of table 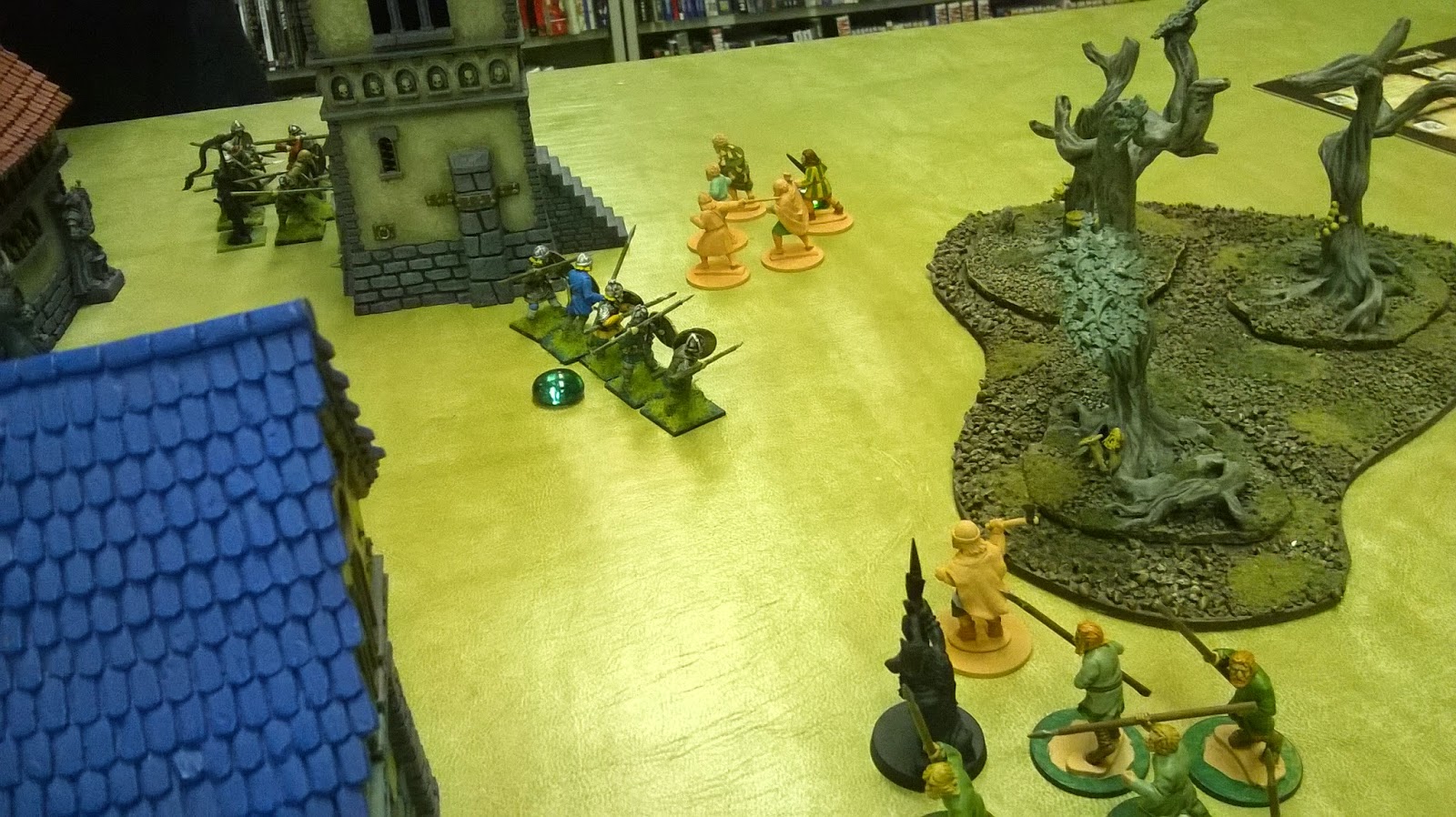 The Irish Hearthguard clashes with my warriors. 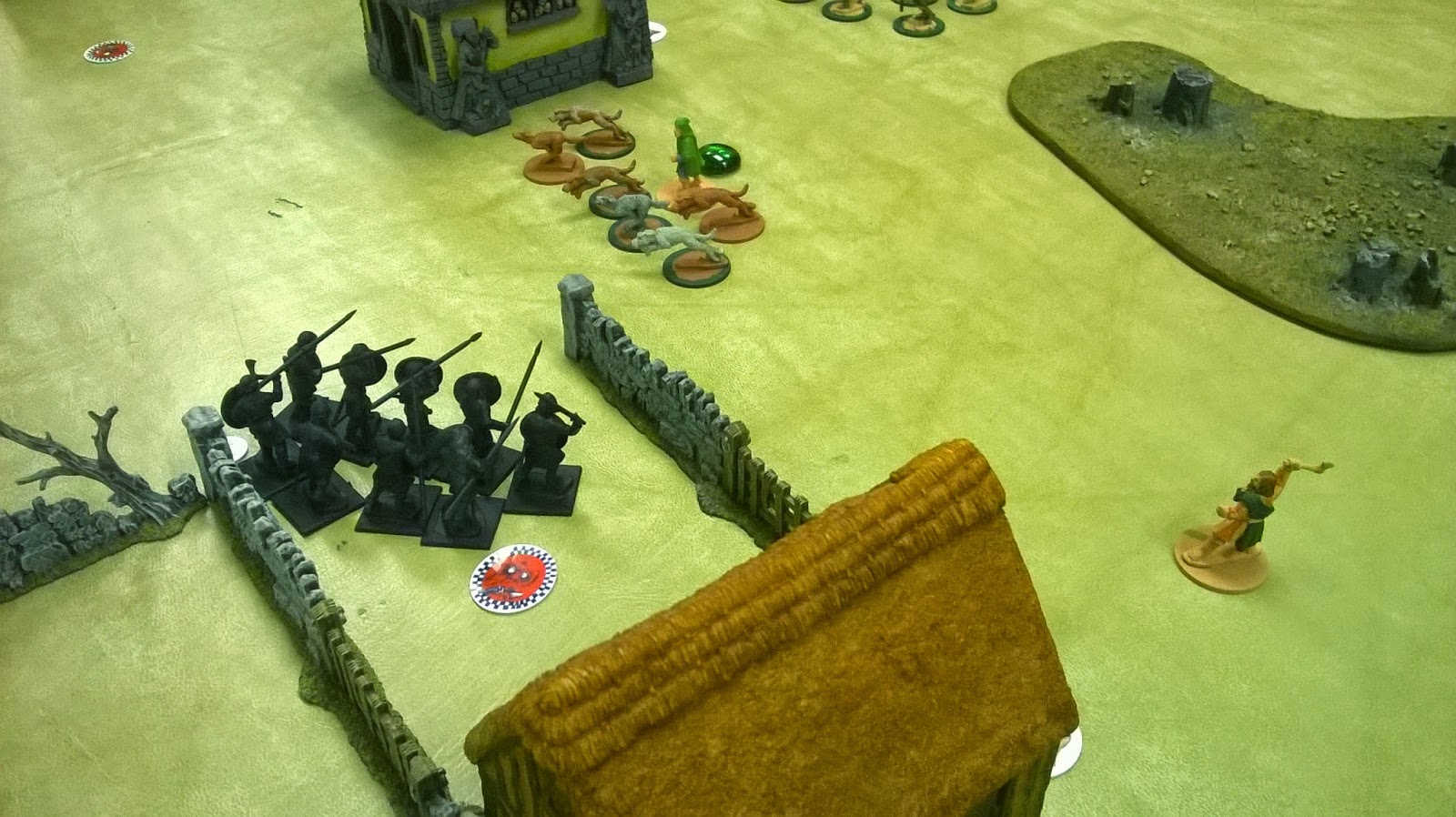 The village levy driven back by the war-dogs, while "Bud Spencer" moves towards one of the houses. 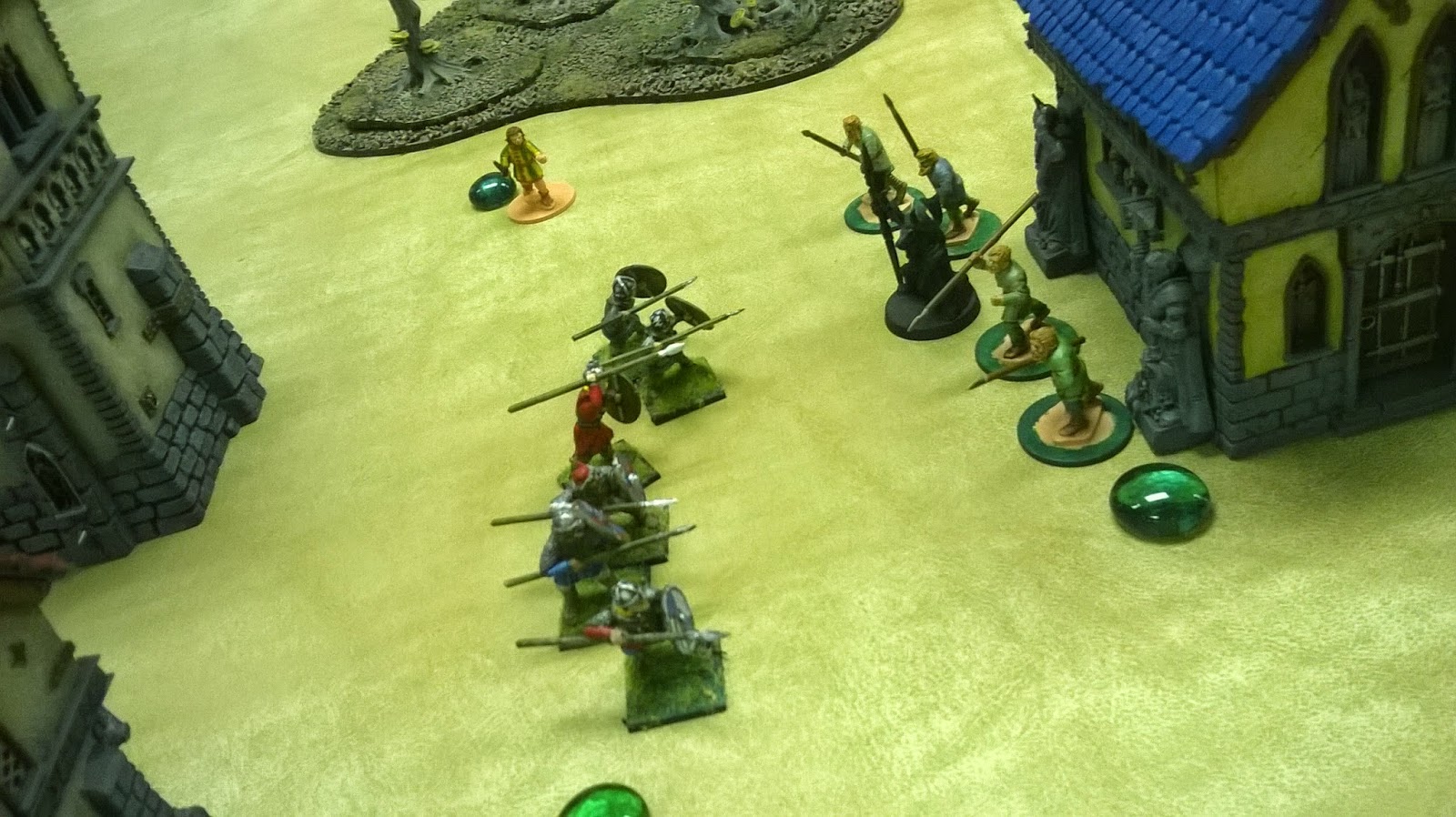 Warriors clash with warriors at the center of the village 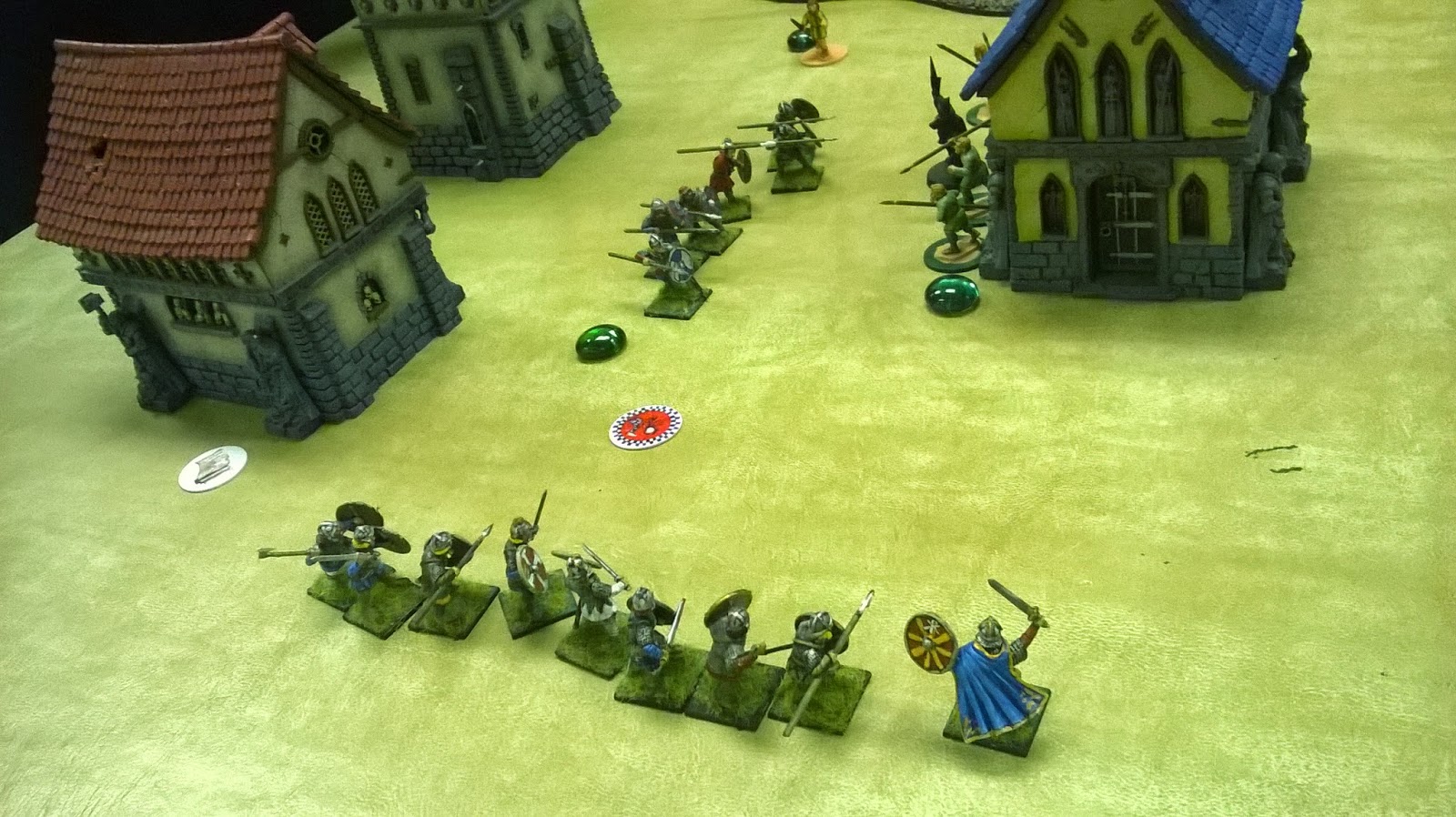 My warlord and his entourage arrive to flank the Irish 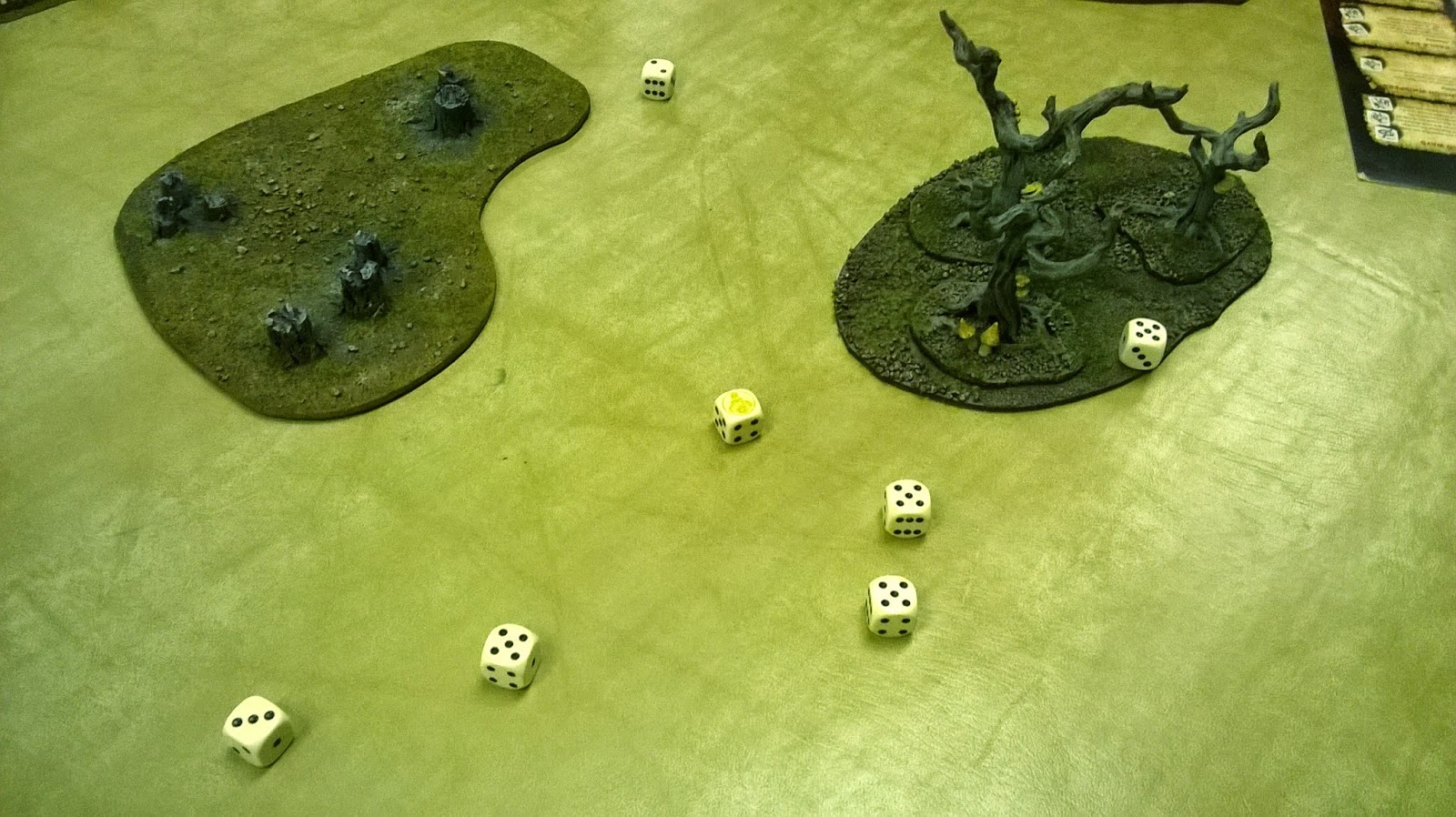 But the Irish dice are lucky 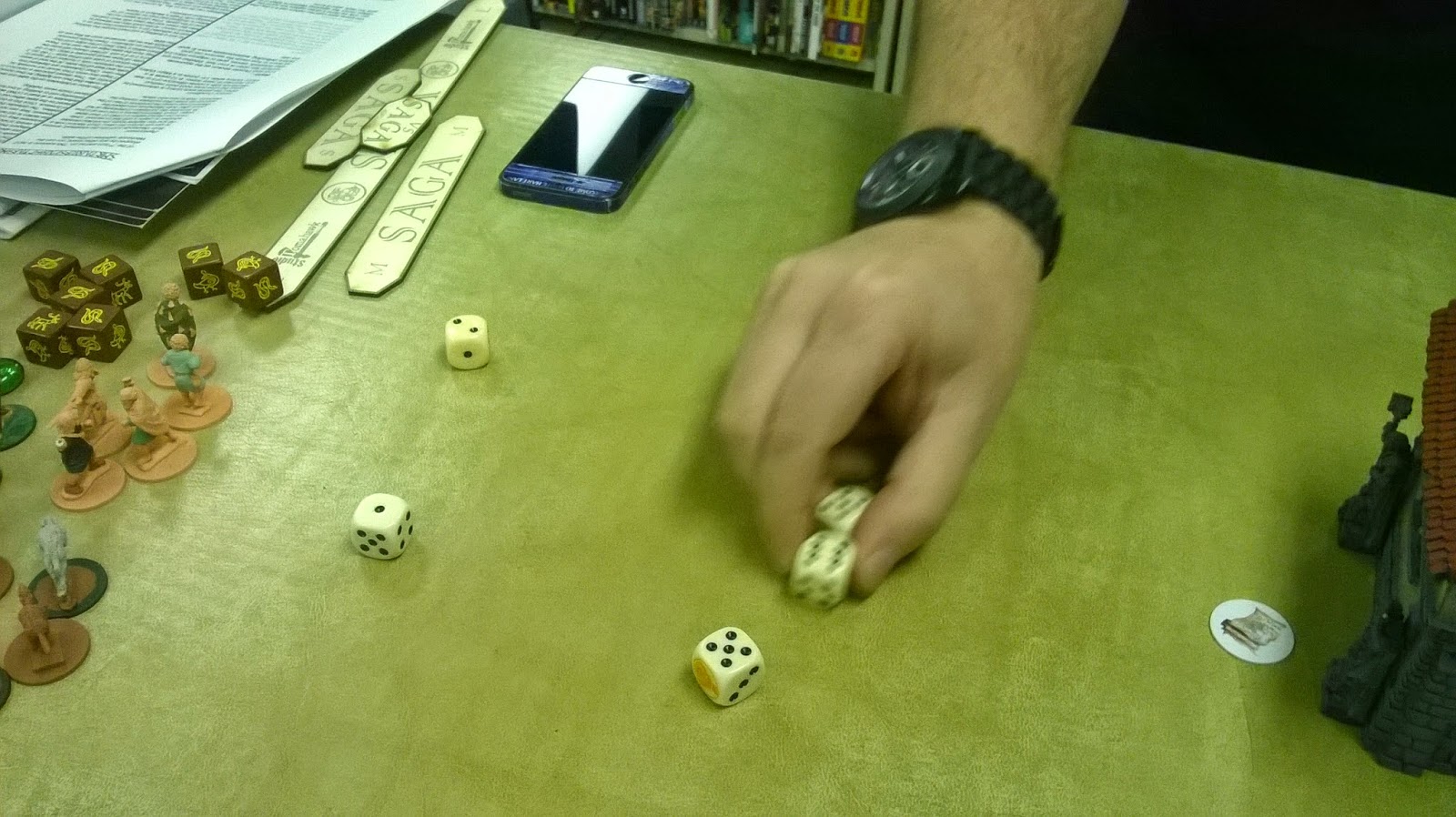 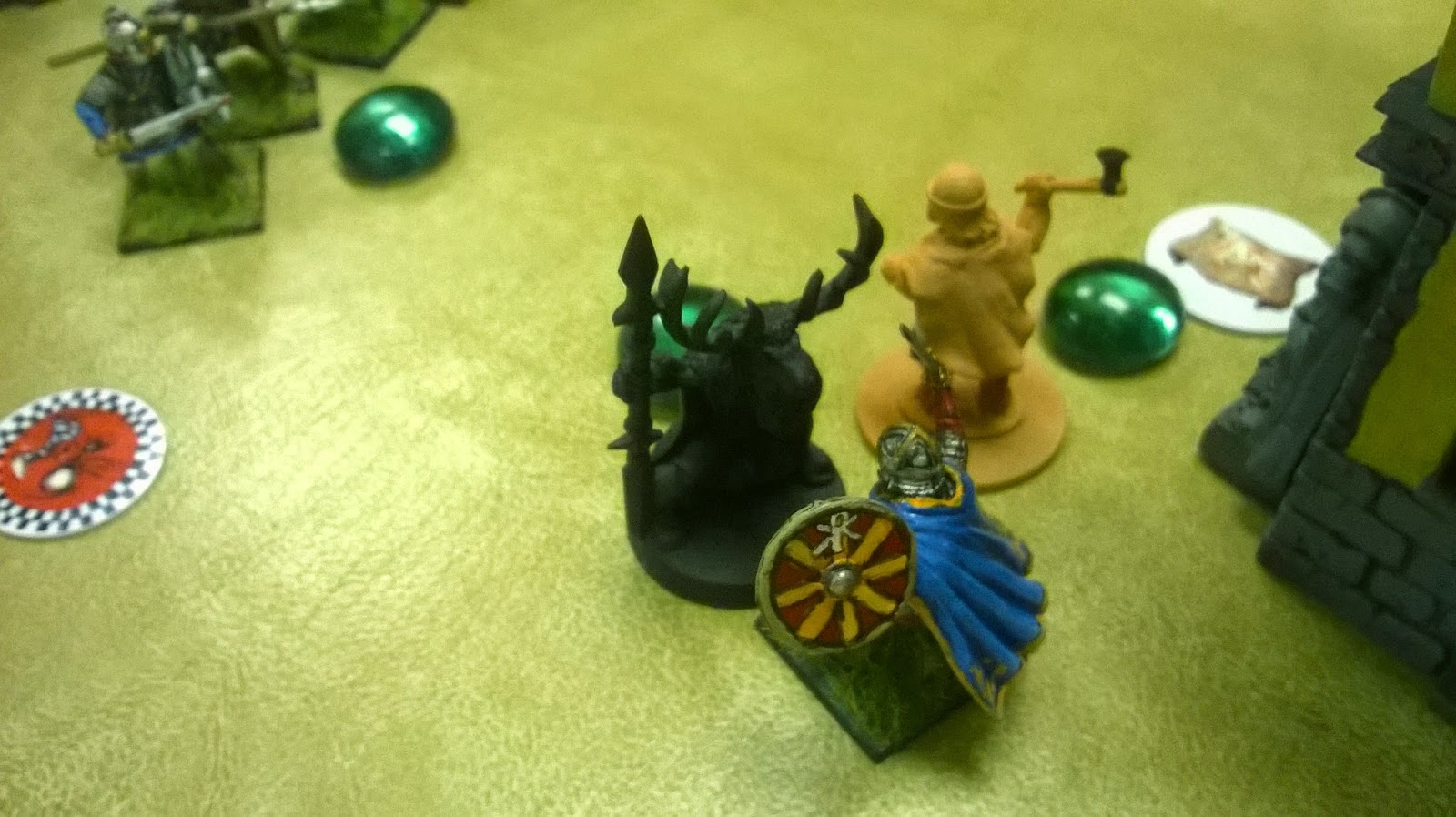 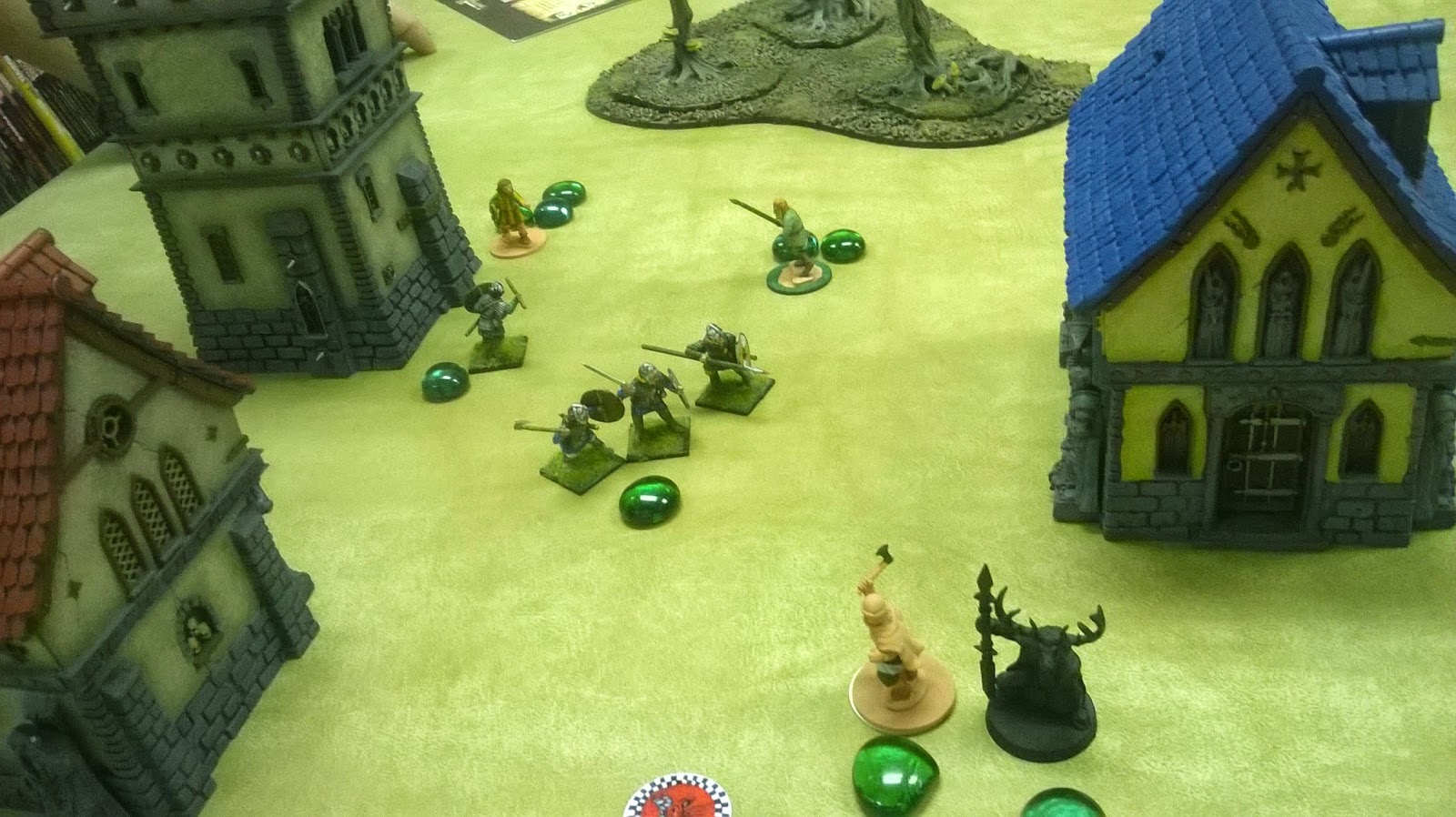 And the Irish kill him. That said this was a bloodbath. Only "Bud Spencer" and "Terrence Hill" and the warlord, plus some dogs were left for the Irish, while three of my warriors also survived. End point is the Irish won....Again

I also got a chance to play some board-games 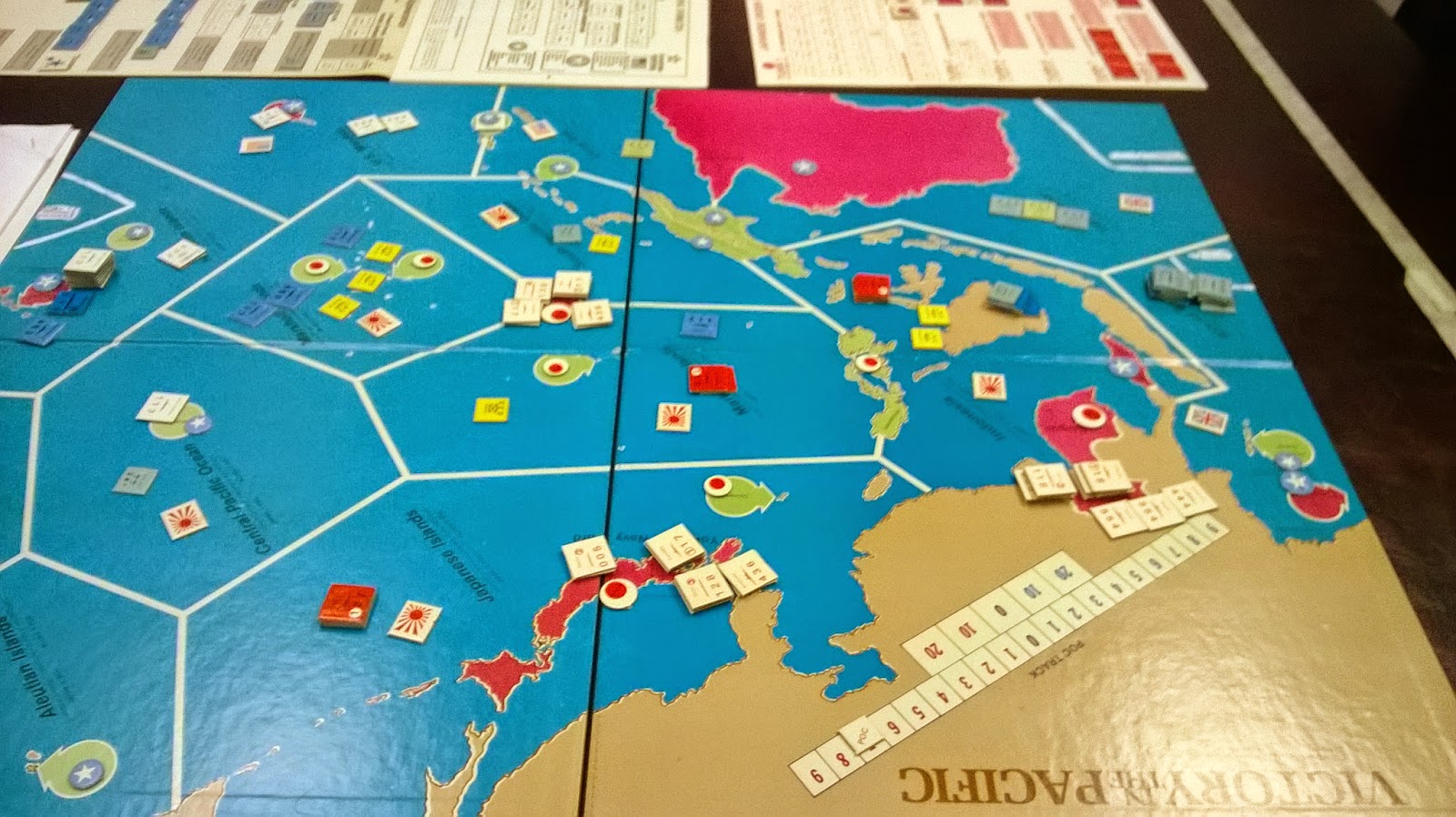 Here is Victory of the Pacific 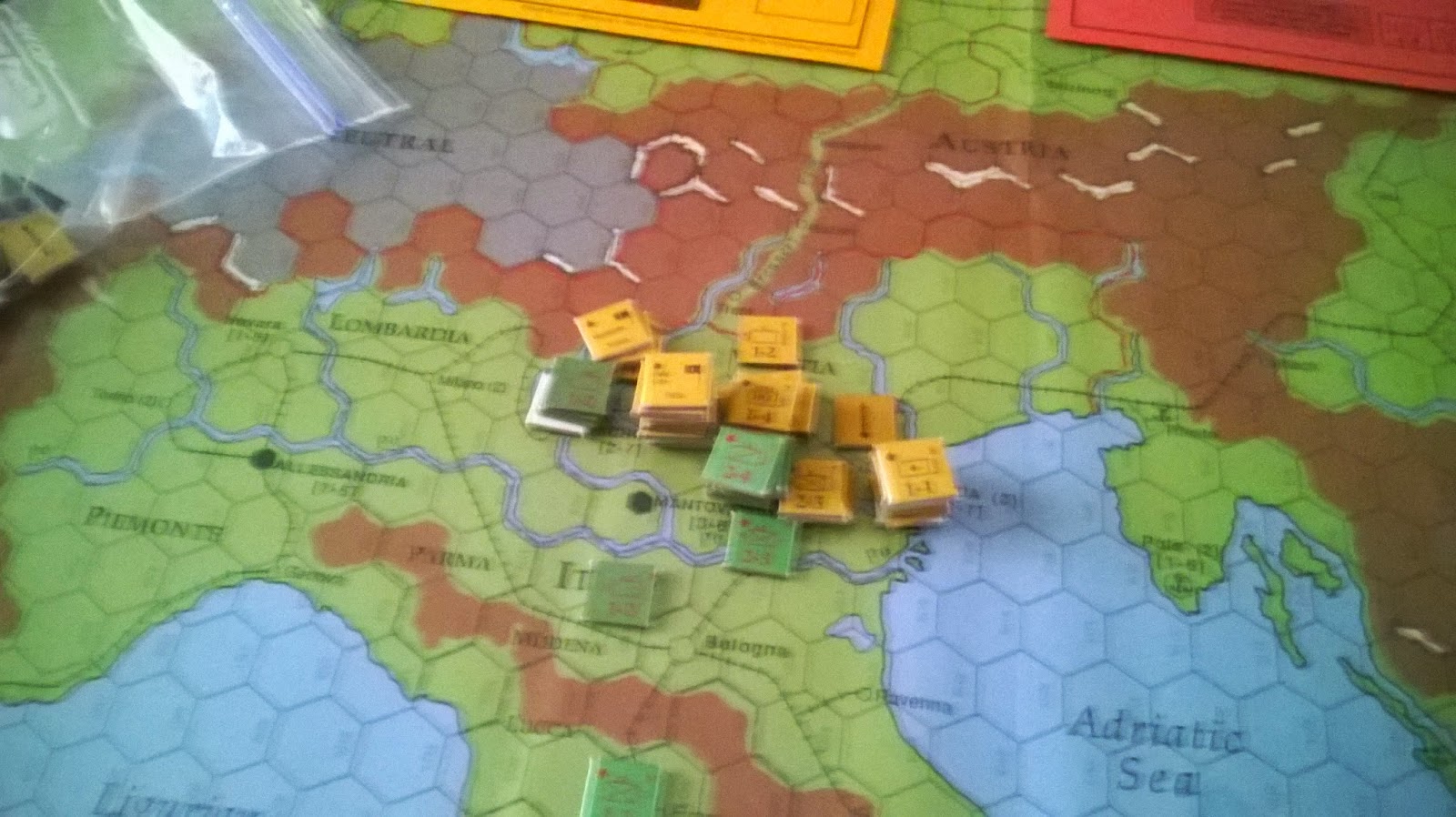 And here is the introductory scenario

I also got a chance to go to Gnomecon 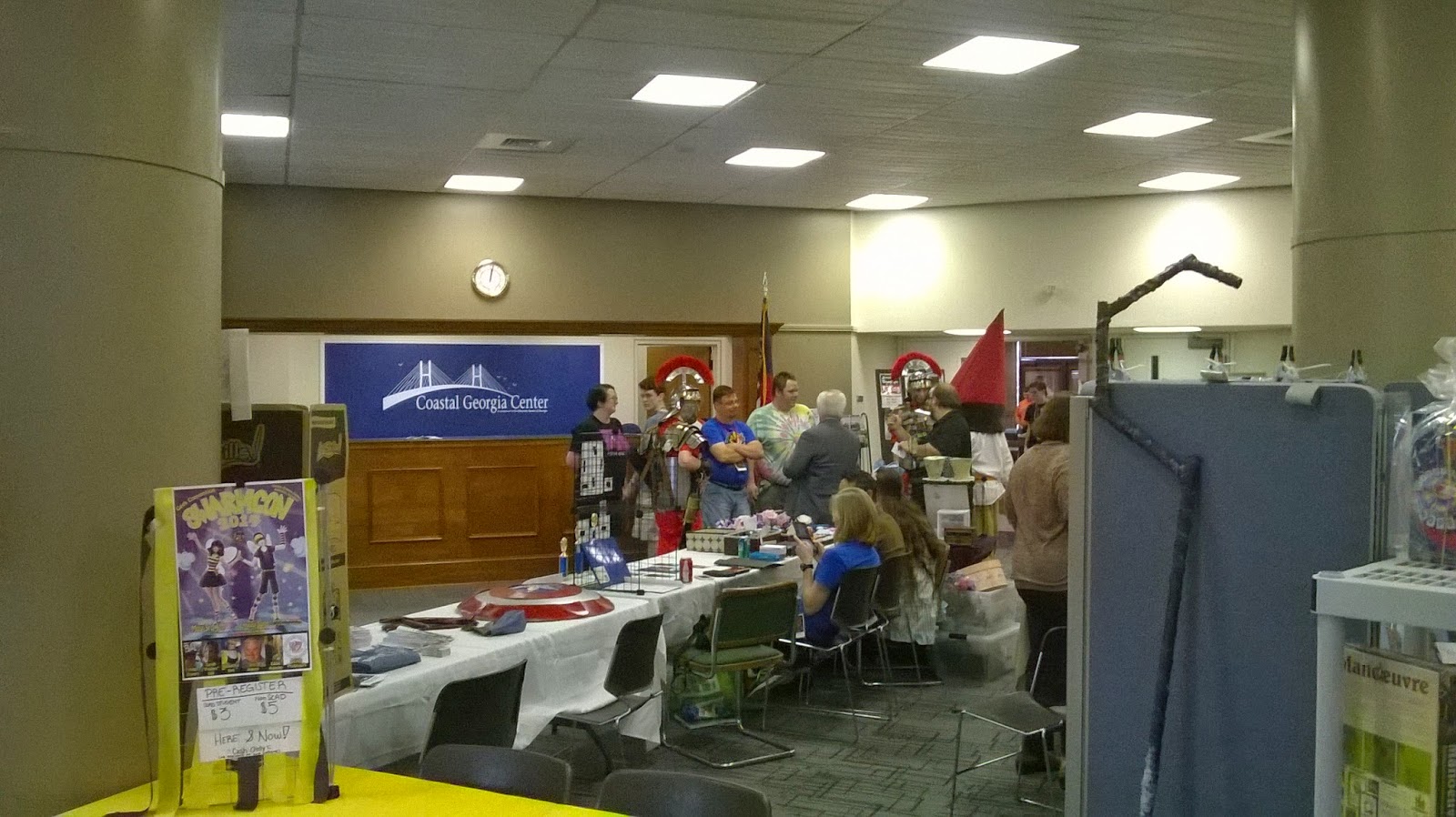 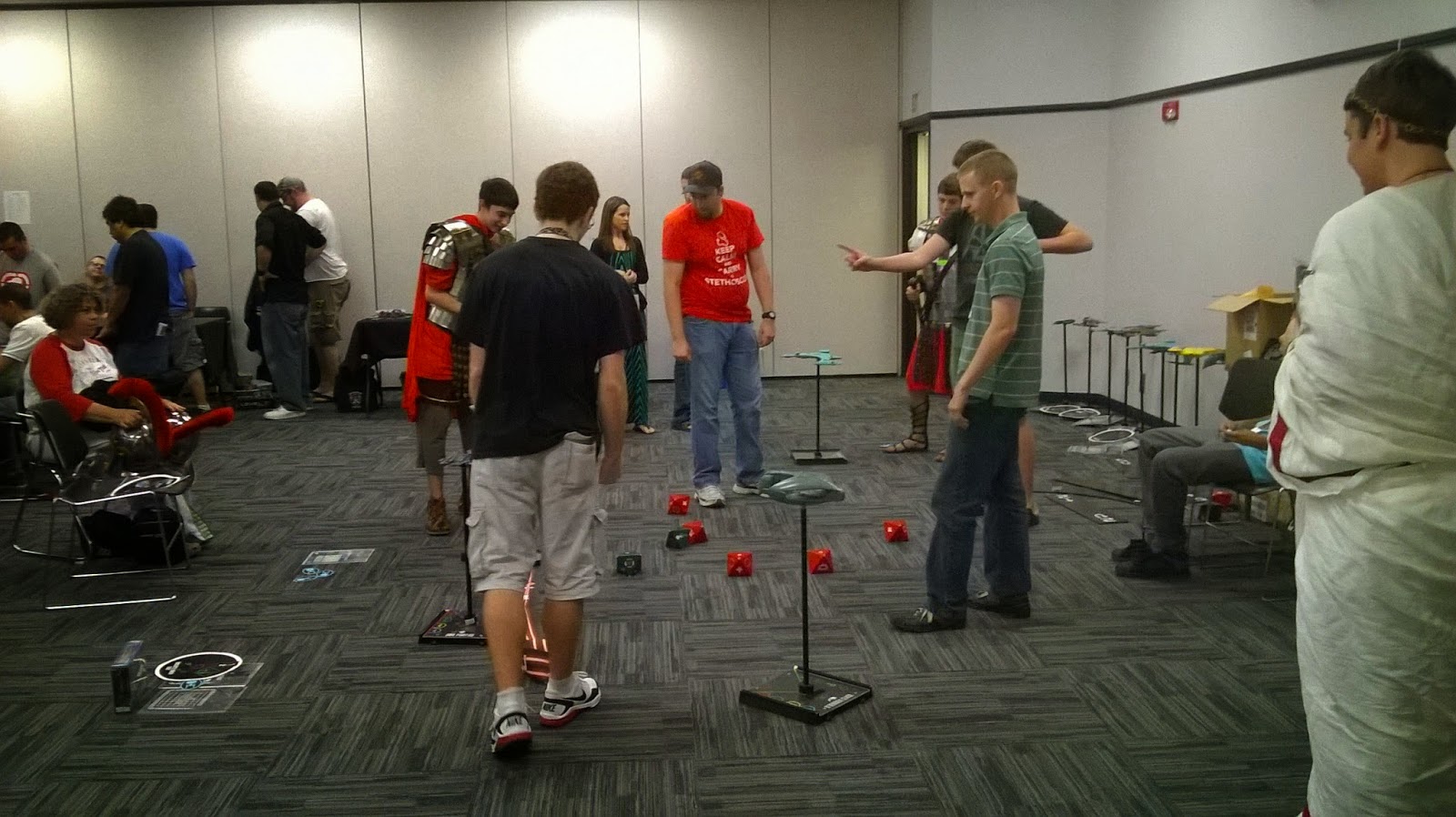 were they had a pretty cool Star Trek:Attack Wing game with large up models on the floor! 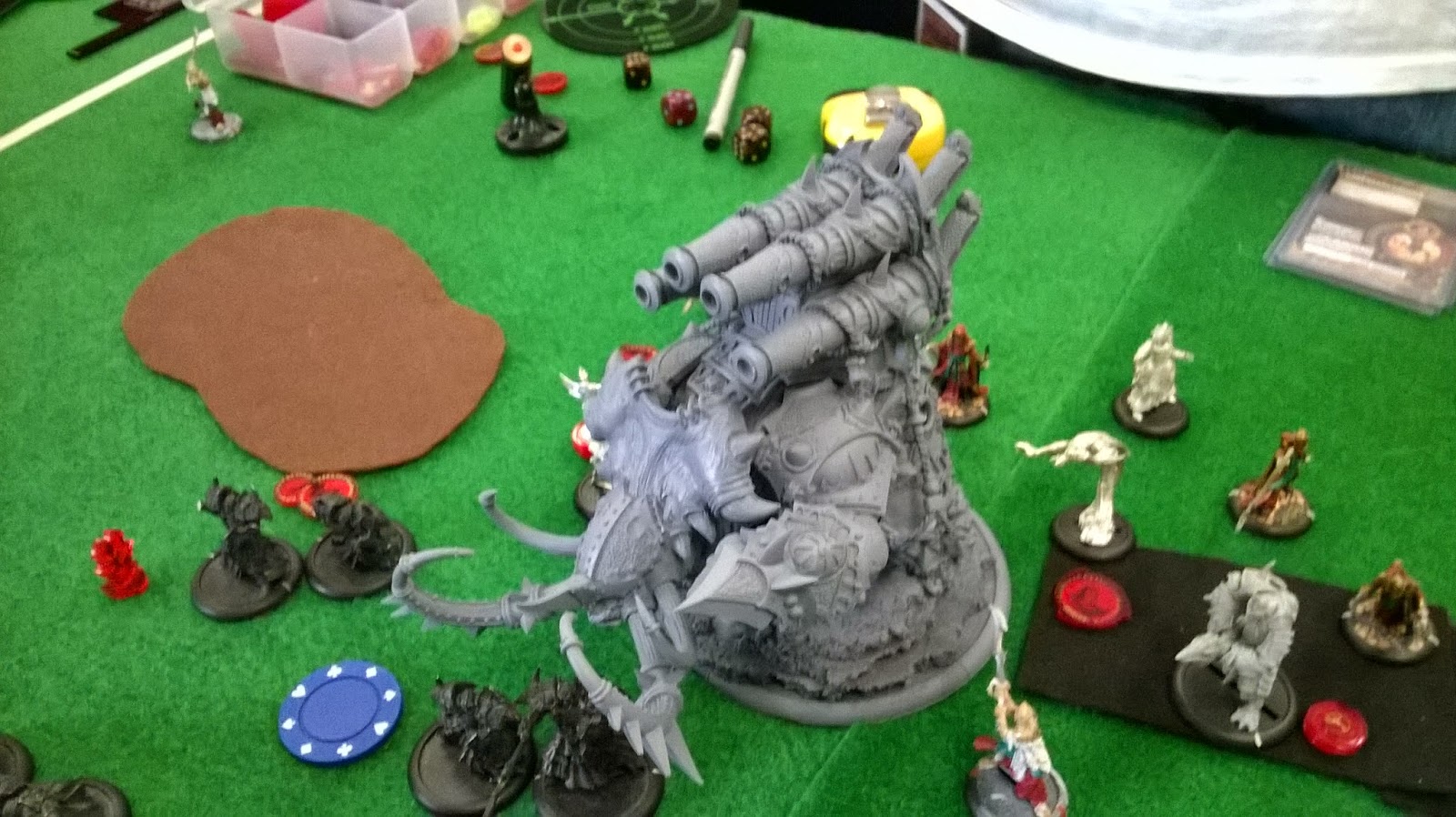 and lots of warmachine 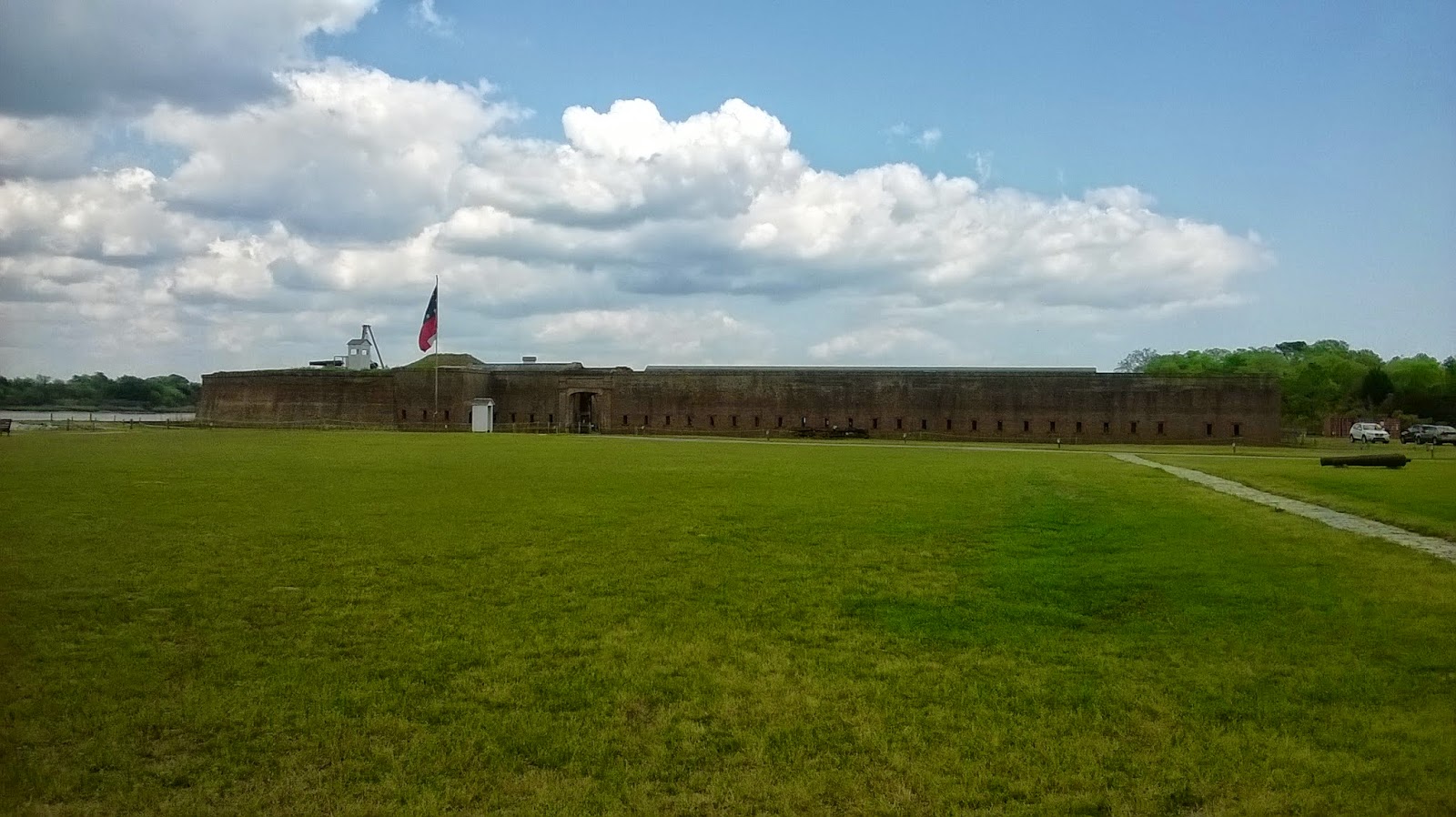 I also visited Fort Jackson. Definitely worth a visit 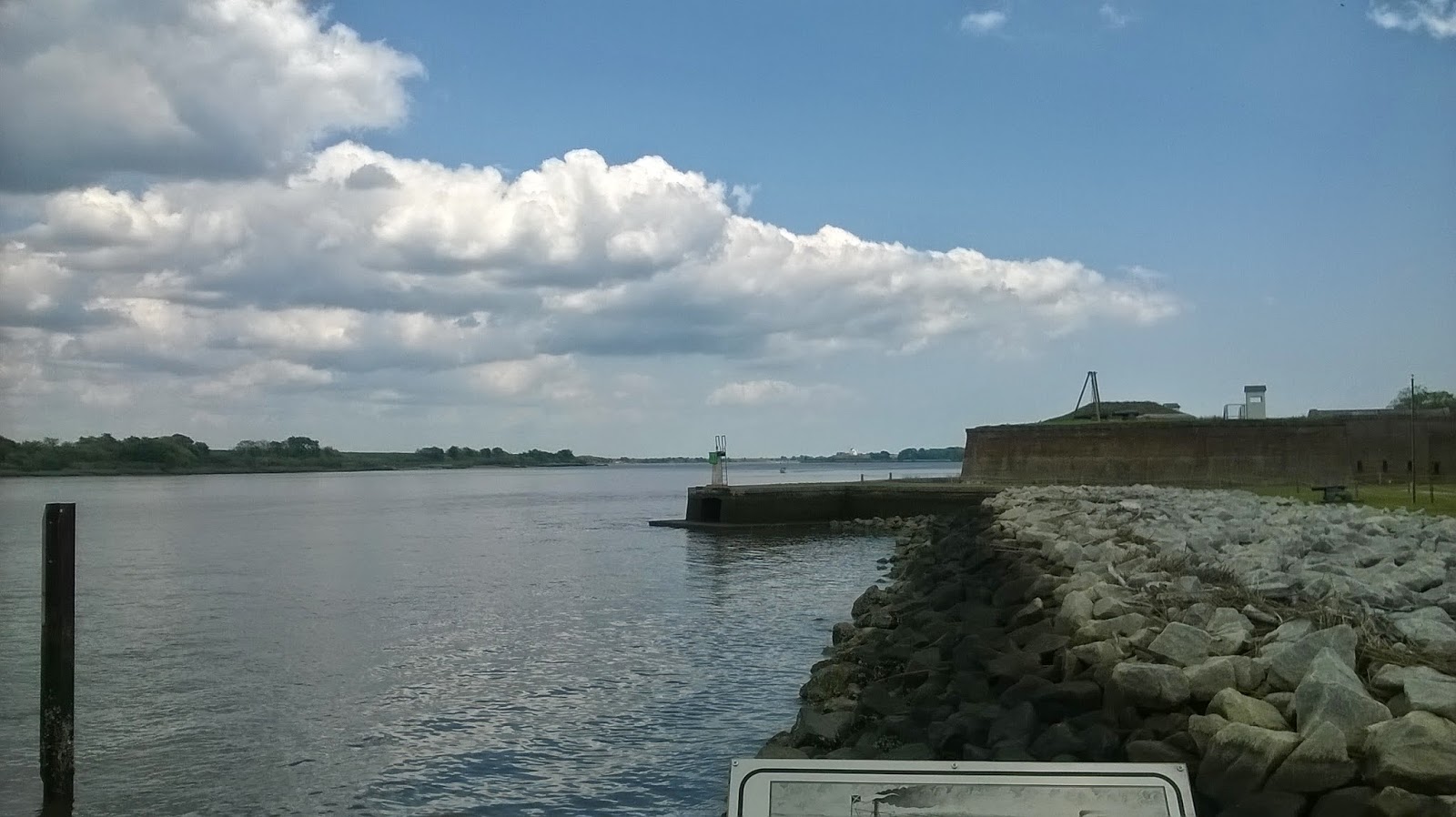 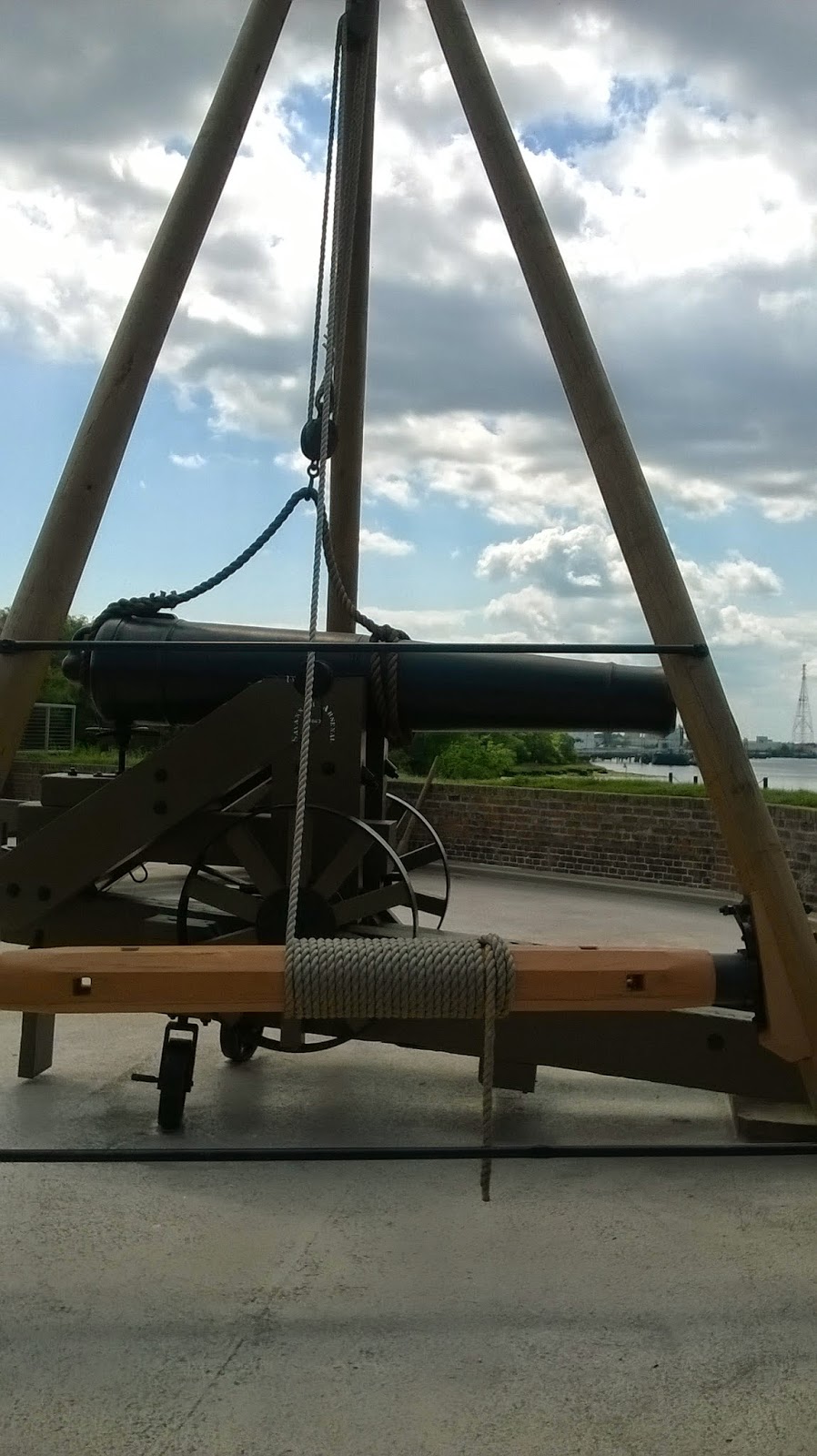 and recorded the cannon fire demonstration

So not that much gaming, but definitely some fun