I had a chance to play two small Warhammer1000 battles. In both cases I played the Goblins and won the battle. I am starting to see an issue with using cards for a solitaire game, and may go to tables and dice rolls for two reasons

2) I can tailor tables to specific types of units and aggression ratings.

Here are some pictures and a short report of one of those battles. 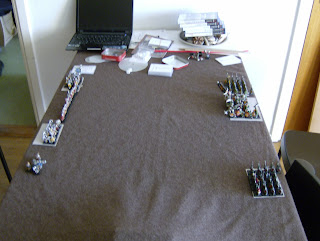 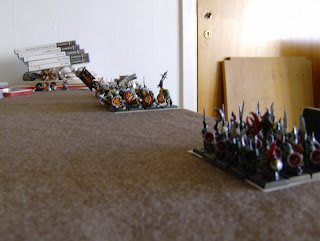 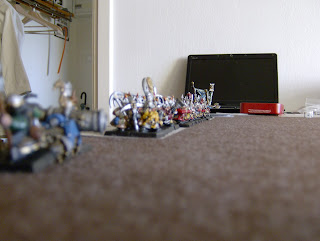 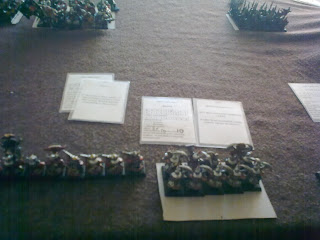 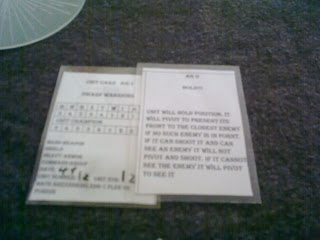 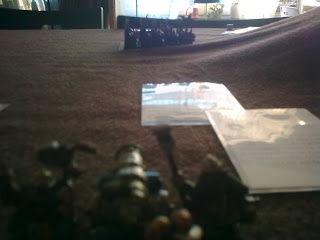 Looking down the cannon 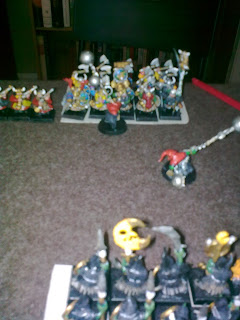 2 unit NG spearmenr (one with 2 fanatics and NG Big Boss, and one with Shaman and 1 Fanatic)
1 Unit of Big UNs (with Orc BSB)

Big Uns in front of thunderers

NG go first and all march towards the dwarfs. NG shaman tries to cast Glut of Crows on Artillery but dispelled

Dwarfs: Miners and Warriors hold, Artillery and Thunderers shoot. Artillery misfires but nothing serious, Thunderers only get 1 hit which does not wound :p

All units march towards dwarfs. Fanatics unleashed. 2 on the warriors and 1 on the miners. Warrior fanatic one hits, killing 3 warriors, and 1 moves only 2". Miner fanatic only moves but does not reach. Warriors pass their panic test. Miner fanatic will kill one miner later, but the fanatics did not do much in the rest of the battle.

Dwarf cannon fires canister killing off 7 goblins for the Shamans unit, which passes its panic test.

Dwarf thunderers charge the Big Uns. Miners pivot to be able to charge Big Uns later. Warriors do nothing.

Thunderers get mauled in the battle (killing 2 Big Uns, but losing 5 thunderers) and run away only to be haunted down by the victorious big uns.

Big Uns charge Miners, Boss Goblins charge Warriors, Shaman Goblins charge Cannon. Cannon crew gets insane courage and holds the 10 goblins for 2 rounds before getting murdered. Shaman casts Bears anger on Champion that finishes it. Big Uns defeat the Miners after a grueling match. Warriors lose the BSB to the Goblin Big Boss, but hold off for 2 rounds.

In the end the Goblins won a fairly good victory, primarily due to the AI sending the thunderers to the charge. That said this might had been a wise move as the Ork BSB carried the banner of Mork, giving +1 S to the Big Uns when they charge.

A good fun game. The Dwarves were unlucky in their cannon shot and one grapeshot fire, but the cannon did fire one scary shot that killed off many Gobbos. But Gobbo units are big enough to take it. The Size of Goblin units paid off, since while the dwarves had more points, the Gobbos had more numbers and thus ranks and more troops. The Magic phase showed the power of dwarf dispel dive, but also the power of perseverance.

On other frontsI got a DBA battle in (Nik. Byzantines vs. Dyanstic Bedouin) and I am delving in the Perfect Captain's "A Coat of Steel" WOTR rules  .

Email ThisBlogThis!Share to TwitterShare to FacebookShare to Pinterest
Labels: Warhammer1000

Paint wise I completed another unit of goblin spear-men, the Red-Moon Goblins of the night 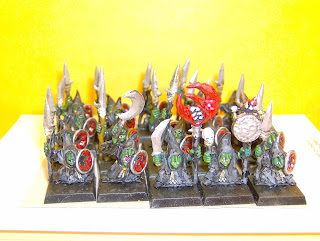 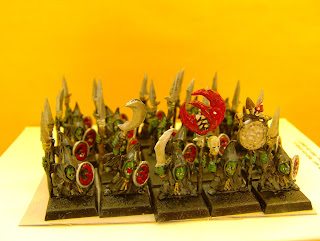 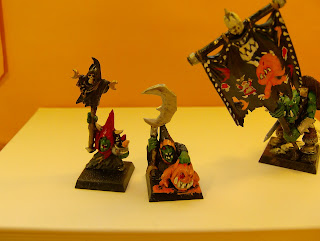 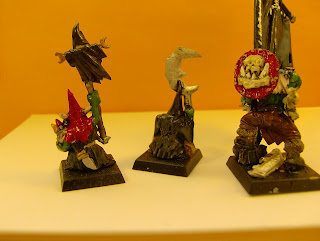 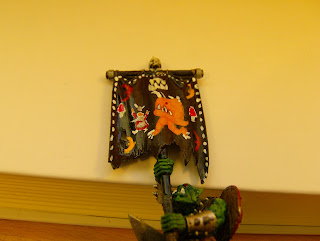 A close up of the Battle Standard

I also finished the Dwarf Thunderers, The Dwarf Gun, and the Dwarf Battle Standard Bearer. 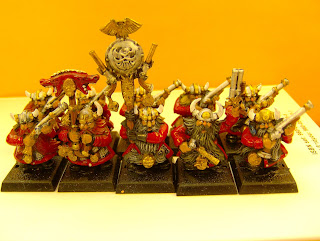 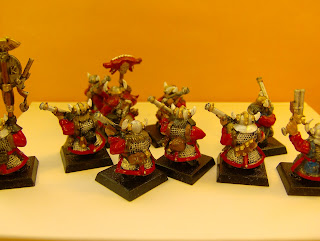 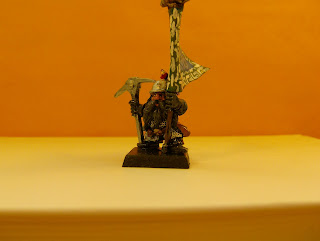 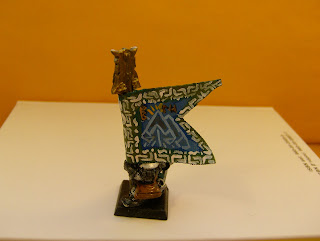 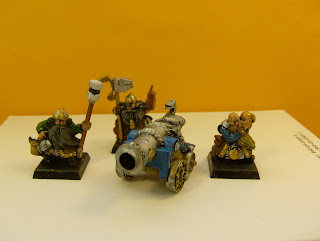 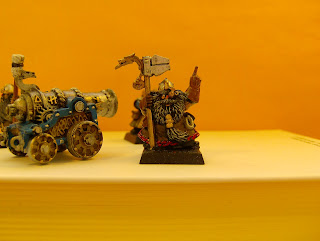 All that is left for completing the Dwarf 1000 pt army and the Orc and Goblin 1000 pt army is the 10 Dwarf Slayers (Painted not photographed), Second Dwarf Gun (WIP), 10 Goblin Spider Riders (WIP), 20 Night Goblin Archers (Painted, not phtographed), 5 Squig Hoppers (WIP).At the same time I also paint elements from other WIP armies. Here is a Brettonian Pegasus Knight that will act as the General of my 1000 points Brettonian Army 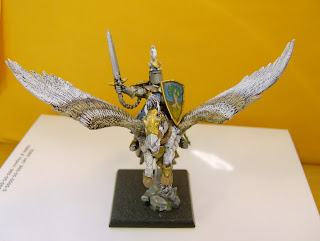 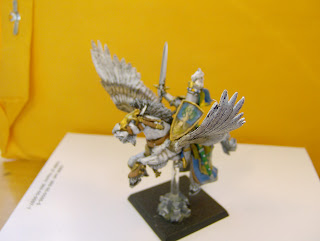 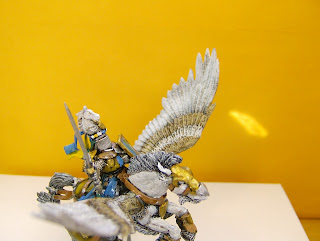 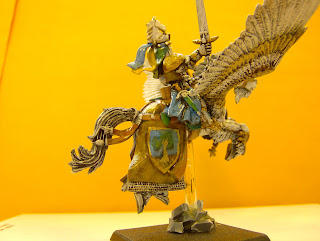 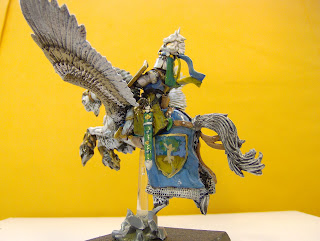 Gaming wise I had a couple of battles of solitaire war-hammer. A short battle report of one can be found in its own post.


Posted by Konstantinos Travlos at 6:55 AM No comments: