A Short Introduction to Game Theory

I feel that this is a good introductory book for anyone who has no experience with game theory (in reality we all use it all the time. We just don't know it), and want's to get a good first contact that won't scare him off due to the interference of algebra. Game Theory is a deceptivly simple , but powerfull tool for creating and testing for logical consistency theories about almost anything. It's basis is that if we assume some assumptions about the prefrences and context of intercation of some agents, and assume they are acting rationally, we can predict their behaviour. This can then be used to either predict reality, or more often indicate abnormal behaviour requiring expalnation.

Binmore's little book does this very well. He uses almost no math in it but takes the time with clear language to offer a good overview of what game theory is, the most important toy games (like Matching Pennies, Prisoners Dilemma, Give or Take, Stag Hun t e.t.c), the most important findings of game theory (like the Nash Equilibrium). He also looks on the impact of important factors on game theoretic models, like time, convetions, reciprocity, information and looks at some importnat applications of it in auctions, evolutionary biology, and bargaining and coalitions.

All in all a good introduction I feel, either for the curious reader, complete neophyte, or for someone that like me will move on to a more detailed (and scarier) study of game theory. Well worth the time and money.
Posted by Konstantinos Travlos at 9:35 PM No comments: 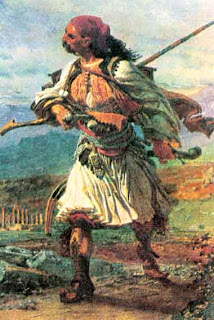 The Uncertainty, Unreality and Inadequacy of Deterrence ?

Deterrence theory has been one of the most venerable bodies of thought in International Relations. Names of scholars like Robert Jervis, Thomas Schelling, Herman Kahn, Raymond Aron and Bernard Brodie have all tackled questions concerning the operation of deterrence in a nuclear world.[1] Others, like John Mearsheimer have done so in the conventional military realm.[2] Policy makers from Dwight Eisenhower to John F. Kennedy have used it language to justify decisions and actions.

And yet it seems that the concept of deterrence and the theories that it has sparked may suffer from the same problems that the older concept of the balance of power suffered. These are problems similar to those that led Hans Morgenthau to declare the balance of power as uncertain, unreal and inadequate.[3] The main argument of this paper is that the concept of deterrence, at least as far as nuclear deterrence is concerned, suffers from all three of these problems. I shall shows this be focusing on three works on deterrence, Herman Kahn’s The Nature and Feasibility of War and Deterrence, Alexander George’s and Richard Smoke’s Deterrence in American Foreign Policy, and John Mueller’s The Essential Irrelevance of Nuclear Weapons. [4]

The Uncertainty of Deterrence 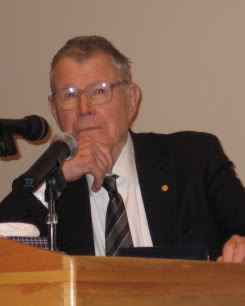 Deterrence, according to Thomas Schelling is essentially the threat of the use of force to hurt a subject, in order to stop that subject from taking an action. In its core it is a psychological act rather than a physical act. By promising pain, one can alter the preferences of another.[5] In Morgenthau’s words it could be seen as a form of power. Herman Kahn sees three kinds of deterrence, Type I against nuclear actions directly targeted at a state, Type II against nuclear actions not directly targeted at a state, but still considered negative by that state, and Type III against non-nuclear actions not directly targeted at a state, but which could be considered a provocation. Common to all of these types of deterrence is a calculation of costs and benefits both for the deterring state and the state being deterred.[6] And here lies the first problem.

As was the case with the balance of power there is a problem of measuring those costs and benefits, especially for the opponent. More importantly there is a problem of measuring what military forces or what level of threat is adequate for deterrence to work. Furthermore the inability to accurately consider the goals and cost/benefit calculus of an opponent creates a grey area concerning the limits of deterrence. As George and Smoke note, U.S foreign policy during the cold war was completely unable to define either geographic or force limits to the deterrence towards the . This led to a spasmodic, reaction based policy, that was counter productive and costly, and lacked a definite goal.[7] For George and Smoke the fault lay with the concept of deterrence as used in previous theories. They saw it as too divorced from reality to help policy makers. They argued that a new concept inductively created with explanatory power, and with a more nuanced and differentiated dependent variable will make deterrence useful.[8] But they ended up opening up a Pandora ’s Box.

Why? Because by trying to explain deterrence failure, types of failure and deterrence success, they incorporated new intervening variables that ultimately end up nullifying the independent variable: threat of force. Essentially every case of deterrence failure can provide a new variable.[9] One is influence and that is a useful category, but influence ends up meaning all the possible ways one state can influence another, barring the threat of force. Which in turn, brings deterrence back to Morgenthau’s vague and problematic definition of power. Indeed one ends with the impression that Smoke and George end up just reiterating Morgenthau’s calls for diplomacy. But the construction of an inductive theory of deterrence faces the second problem of the concept, its unreality. 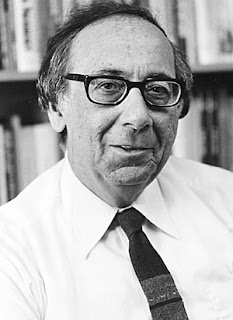 The Unreality of Deterrence

Morgenthau had attacked the balance of power as being unreal. States seldom followed its prescriptions and it was hard to discern if a state action was the result of the balance of power or of other less altruistic motives.[10] This is a problem that the concept of deterrence also faces. First there is the problem of what is deterrence success. George and Smoke aptly illustrate this by noting that since deterrence is a psychological interaction, just the absence of overt action is not a sufficient to indicate a deterrence success.[11] One must have reliable information about the cost-benefit calculus and the goals of the “deterred” state. And with current political science methods that is impossible. Thus they propose looking at failures.

Herman Kahn inadvertently points to the second cause of unreality. In all types of deterrence he describes a crucial element is the estimation of the opponent’s tactics and capabilities and the ability of the defender to survive an attack.[12] But he provides us with no indicator of how strong those capabilities must be for deterrence to work. To put it in more damning words, we have no way to measure the balance of power between the deterrent power and the power that is the target of deterrence. Which leads to the problem that states will then have no choice but to maximize power, leading one to the same exact situation Morgenthau argued against, and George and Smoke note us a problem. It is no coincidence that deterrence theorists like Schelling and Jervis always call for prudence, and Muller, George and Smoke call for the primacy of diplomacy in international relations.[13]

The unreality is also made more pronounced by the never ending debates over offensive and defensive characteristics of nuclear weapons and their impact on deterrence. Like the debates over the defensive or offensive characteristics of the balance of power, it is not clear whether MRVs (multiple reentry vehicle nuclear warheads) or MIRVs (multiple independently guided reentry vehicle nuclear warheads) are more or less dangerous or conducive for deterrence. To this one can add the debate over the numbers of warheads, the type of platforms and so on.

The final element of the unreality is made prominent by George and Smoke when they call for the induction of inducement in the theory of deterrence.[14] Or more correctly, to make deterrence a part of diplomacy. But the question can be raised as to whether deterrence was ever something different. Threats, promises all of these were always part of diplomacy. Deterrence seems to had been differentiated from diplomacy by scholars wrestling with the implications of the advent of the nuclear age. Indeed nuclear weapons, and the anxieties they gave birth too were the main impetus for the deterrence literature. And here lies the final problem of the concept of deterrence: its inadequacy.

The Inadequacy of Deterrence 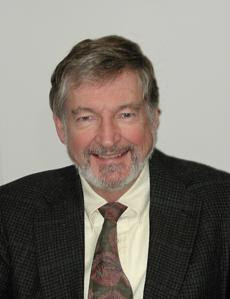 The existence of nuclear weapons, and the questions created about the nature of diplomacy, great power politics and war in the nuclear age, were the impetuous for the theorizing on deterrence. All major deterrence scholars, like Schelling and Jervis, noted the importance of nuclear weapons for politics and peace and the revolutionizing of concepts such as war and victory.[15] But what if they exaggerated that importance. What if nuclear weapons had a more limited, auxiliary role in international relations? What if they are inadequate as an explanation of world politics, as Morgenthau argued about the balance of power? This is the argument of John Muller. Muller believes that that great power behavior during the clod war and world politics are less influenced by nuclear weapons than generally believed. For Muller the nuclear peace is not really nuclear but primarily driven by other factors.[16]

These factors are war weariness among those states that could launch a world war, a general acceptance of the status-quo by all these states, the preference of the Soviets for subversion and revolution rather than war as method for expanding their sphere of influence. [17] Furthermore a pacifying factor was the fear of escalation to costly conventional levels, rather than necessarily of nuclear war. Additionally many of the policies followed by the cold war rivals, like crisis policy and alliance construction, cannot be explained by arguments based on questions of nuclear deterrence.[18] This leads Muller to argue that the long peace is essentially the results of a long term process of “Hollandization” as one after the other, major developed states drop out of the war trap. Great Power is absent in the world because Great Powers do not see a point to it. [19]

The above arguments probably do not suffice by themselves to totally invalidate the concept of deterrence. But they should cast some doubt as to its theoretical robustness. At the very least it seems to suffer from uncertainty, unreality and inadequacy. In turn this weakens the theoretical and empirical vigor of theories build on it. Indeed scholars like Vasquez, have attacked the empirical validity of some theories incorporating the concept of deterrence, and have found it wanting.[20] The question then rises of whether the concept can be productively restated, or whether it is probable to lead to a degenerative research program? Only more analysis will give an answer.

Posted by Konstantinos Travlos at 12:22 PM No comments:

I finished last week, after a month of painting another unit of Janissaries for my BLB/Eastern Fury Ottoman Army. I also finished a unit of Spanish TYW cavalry for my 1644/Victory without Quarter Spanish Imperialist army. Both armies are moving forward at a satisfactory pace, and I hope by the end of this year that they will be both done. My next projects are a unit of Spanish Infantry for BLB, and two units of Ottoman cavalry for BLB. In the back burner are 8 Musketeers, 8 pike-men and 6 caviler cavalry for my TYW army.

The Ottomans are Zvezda 1/72. Zvezda is rapidly becoming a great miniature company. The Spanish are Old Glory. I must be frank I did not enjoy preparing the Old Glory figures. A lot of cleaning required as well as use of green stuff to hide mis-castings. I do not think I will be using them to finish my TYW army. 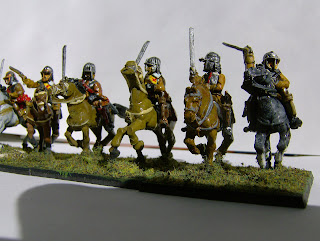 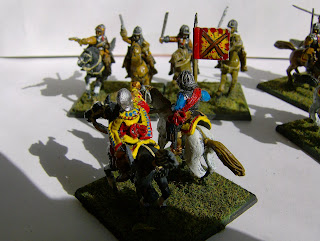 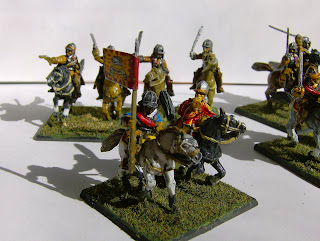 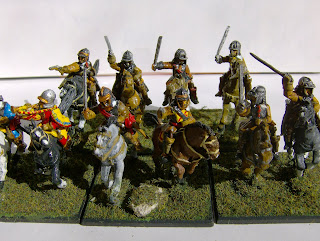 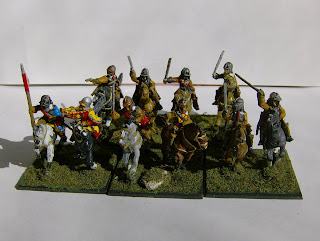 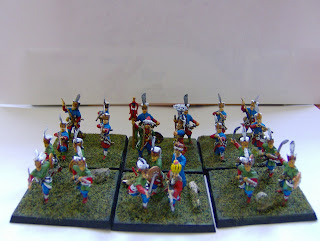 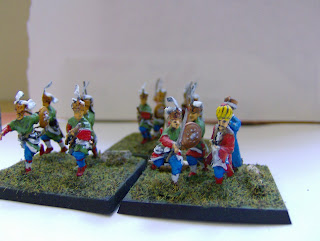 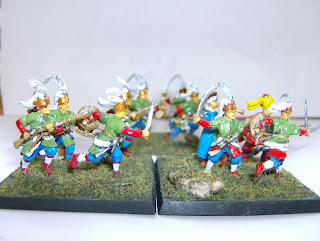 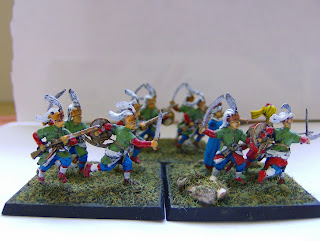 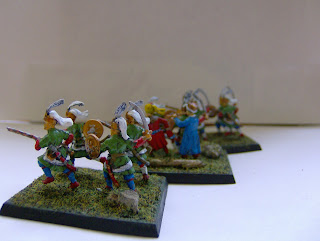 Further Information on the army of the Principality of Morea

Some more information on the Morean Army